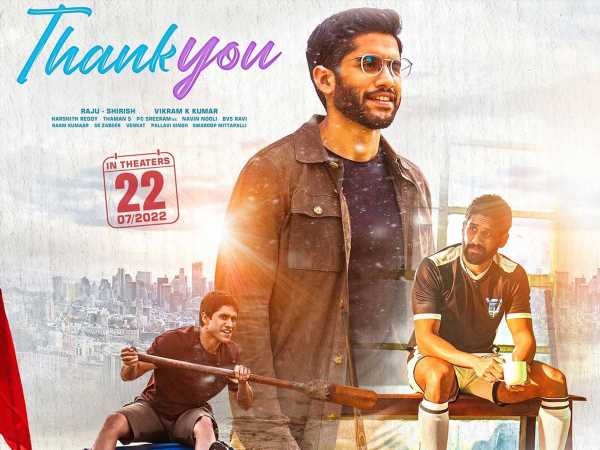 Following the current trend, the makers of Naga Chaitanya’s new film Thank You have sold the post streaming rights of the movie to two OTT platforms, Amazon Prime Video and Sun NXT, prior to the film’s theatrical release. The film has hit the screens today worldwide.

The film had already gained a good word of mouth during its promotions and now, showing its rampage in the theatres. Based on the audiences’ response after watching it in the theatres, the film’s OTT release will be decided.

It is directed by Vikram Kumar and has an ensemble cast that includes Avika Gor, Malavika Nair, Prakash Raj, Raashi Khanna, Sushanth Reddy and others in significant roles. The producer of the film Dil Raju has pinned all his hopes on Thank You movie, as it is made with a mammoth budget. So, it remains to see how the film turns out to be. Stay connected with our channel for the detailed review of the movie.