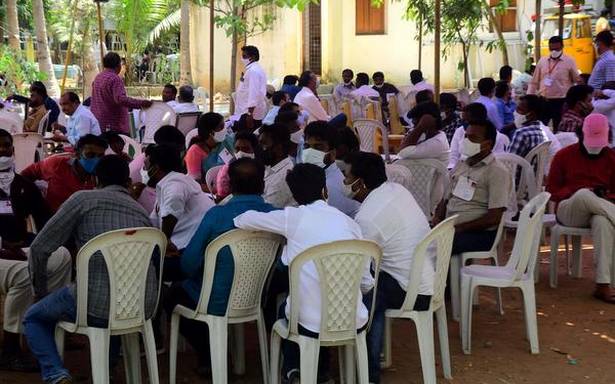 The ruling Telangana Rashtra Samithi continued its sway in the electoral politics in the State in its second term in office.

The party has obviously fine-tuned its poll strategies after the bypoll of Dubbak Assembly constituency and the election to Greater Hyderabad Municipal Corporation polls, where the TRS could not achieve expected results. The reorientation of the strategies by the party president and Chief Minister K. Chandrasekhar Rao yielded rich dividends as the party continued its victory march in the elections held for two municipal corporations and municipalities – Siddpet, Nakrekal, Atchampet, Jadcherla and Kothur.

Counting in the Greater Warangal Municipal Corporation continued till late in the evening amidst indications that the TRS established clear leads in more than 80 per cent of the wards that went to polls. The same is the case with Khammam Municipal Corporation where a majority of the TRS candidates have established unassailable leads over their rivals. In an important development, the BJP won one seat and Congress won nine seats in Khammam out of the 60 plus seats.