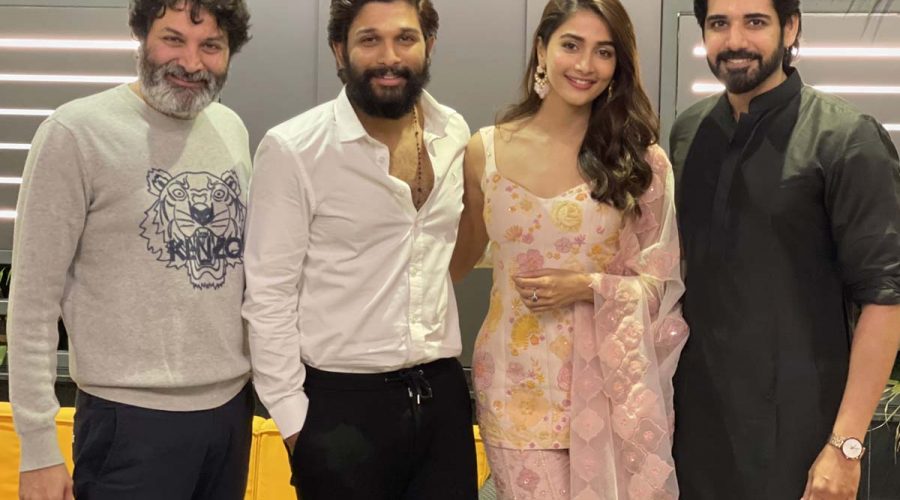 Trivikram Srinivas all smiles at the Ala Vaikunthapuramulo team bash. It happened yesterday night to celebrate the one year occasion of the film. It has been a stellar success. The film has smashed records for fun. Even the songs are chartbusters. Butta Bomma has crossed 500 Million views.

The team is happy yesterday and shared their views on the film’s 1st anniversary. Pooja Hegde, Sushanth, Samuthirakhani, etc., have graced the occasion apart from Allu Arjun and Trivikram Srinivas.

The star director has compared this movie to his cult classic Athadu. “Even if we leave the movie, Gemini TV will not leave it,” said Trivikram Srinivas in a funny tone.

Allu Arjun turned emotional while speaking. “It look me 17 years and 20 films to score an industry hit while my contemporaries scored much earlier. I promise it will be only upwards from now on” said Allu Arjun.

01/12/2021 India Comments Off on Trivikram Srinivas: Ala Vaikunthapuramulo is another Athadu
TV & Movies