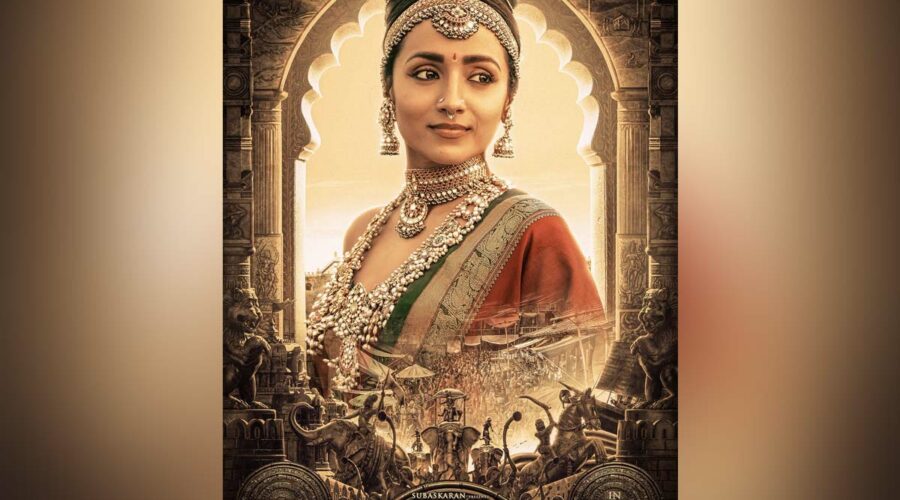 Today, the makers of the upcoming classic Tamil movie Ponniyin Selvan, have relaesed the first look poster of one of the lead actors, Trisha. She will be seen as princess Kundavai in the movie in a royal avatar.

Releasing the poster, the makers tweeted, “In a world of men, a woman of courage. Presenting Princess Kundavai!” Trisha’s look in the poster takes the audience to a fantasy world and the viewers’ eyes will be amazeballs while having a glance at her.

We have already seen the first look of other lead actors in the film like Vikram, who will be seen as Aditya Karikalan, Karthi, as Vanthiyathevan and Aishwarya Rai Bachchan as queen Nandini in the featuring film. The film is based on the classic Tamil novel Ponniyin Selvan, written by a prominent writer Kalki. It is director Mani Ratnam’s dream project, being made with on a grand scale.

It is funded jointly by Lyca Productions and Madras Talkies. This historic epic has AR Rehman’s music and cinematography is being done by Ravi Varman. It is the most expensive project that is going to be released in Tamil, Telugu, Hindi, Kannada and Malayalam on September 30, 2022.