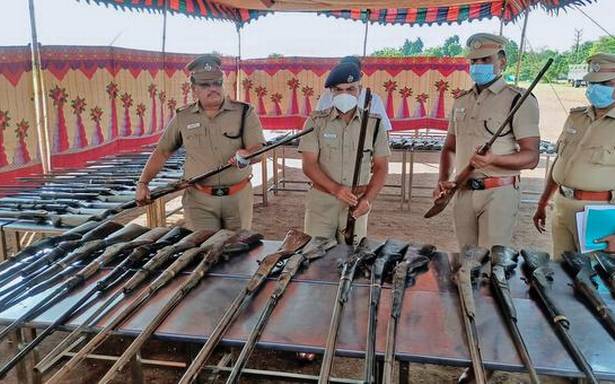 Many possessed country made guns for hunting in the hill areas and the police were seizing them regularly. Last month, Superintendent of Police Saroj Kumar Thakur, and Additional DSP, Prohibition Enforcement Wing Sankar conducted awareness programmes among the tribal people in the hamlets asking them to surrender illegal weapons in their possession. They were also assured that no legal action will be taken against them if they surrender weapons.