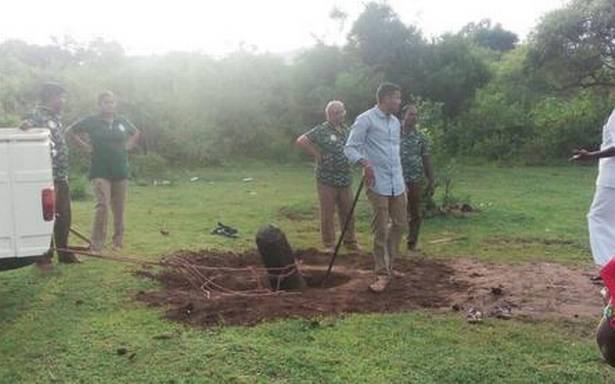 Condemning the Forest Department for removing the stone idols from Pisil Mariamman temple at Arapalayam Junction in Hasanur, members of Tamil Nadu Tribal People Association have decided to offer prayers on the temple premises on October 19.

The temple is located inside the forest area coming under the Hasanur Division of Sathyamangalam Tiger Reserve (STR). On October 13, forest personnel attempted to remove the idols from the temple that was opposed by the local people. However, the officials took the idols in their vehicles stating that idols kept in the open in forest areas would be removed.

This evoked stiff opposition from the local community. S. Mohan Kumar, district convener of the association, said there were 268 temples located inside the forest areas of STR and tribal people and others were offering prayers for many centuries. “These temples do not have compound walls or towers and are located in the open with idols of gods or stones,” he said.

After the Sathyamangalam forest areas were notified as tiger reserve, the department was refusing the traditional rights of tribal people. “Forest officials had tied a rope to the stone and pulled it with the help of a vehicle despite opposition,” he said and added that people were asked to relocate temples located in forest areas. Forest Rights Act, 2006 gave right to the tribal people to offer prayers at temples located inside forest areas. “But Hasanur Forest Division officials had acted against the law,” he said and added that their act was a crime under the Scheduled Caste and Scheduled Tribe Act, 1989.

Hence, demanding installation of the idols and initiating action against Hasanur DFO, Hasanur Ranger and other forest personnel by registering cases under SC/ST Act, tribal people led by former MLA P.L. Sundaram would offer prayers at the temple, he added.