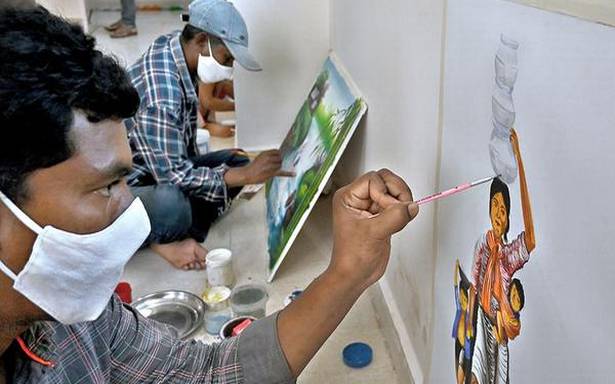 A total of 21 artists, the top three from each ITDA in the State, ran wild with their imaginations in the final of the State-level Tribal Drawing and Art Painting Competition, organised by the Tribal Cultural Research and Training Mission, at Rushikonda, here, on Sunday.

The participants were engrossed in their work as they vied for the top honours. Those who made it to the finals were from Koya, Konda Dora, Jatapu, Savara, Sugali, Yerukula, Konda Reddi and Bagatha tribal communities in the State.

The NSTFDC is organising a national-level programme to honour tribal entrepreneurs from the States of A.P., Telangana, Tamil Nadu, Kerala Karnataka and Odisha, at Green Park hotel here on Monday.