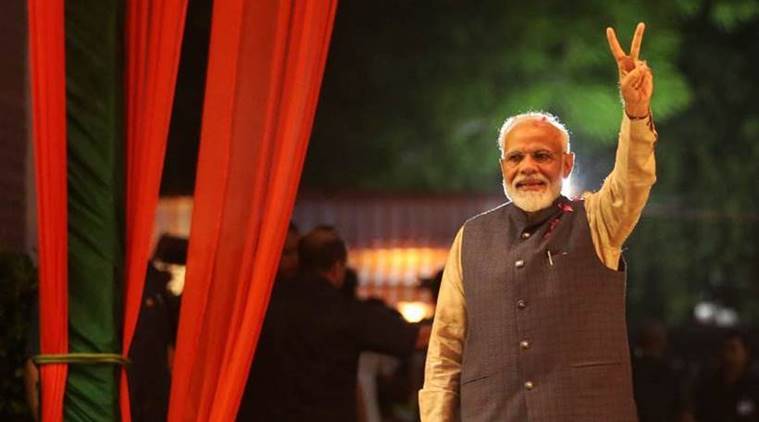 Are we on the path to a Hindu Rashtra? Much will depend on how the electoral verdict is read by the victor

Every election outcome has two aspects: the statistical and the interpretative. Once the results are out, the purely statistical side has few mysteries to offer, unless we enter the complicated terrain of statistical inference. Basically, data show who won and who lost, revealing also the scale of victories and defeats. The interpretative side, however, is another matter. It is, among other things, about meanings. What does the victory signify? Here we enter an analytically — and politically — embattled domain.

So what does Narendra Modi’s huge election victory mean? My formulation of the question should indicate that I am ascribing the victory primarily to Modi, not to the BJP. The situation is quite akin to the US, if not identical. Nearly all observers say that the Republican party is no longer what it used to be. It is Donald trump’s party today. It would not be a stretch to make an analogical claim about the BJP. Although Trump is a maverick who was never part of the Republican party organization and rose to the top within a few months of primary campaigns and Modi worked assiduously at the lower rungs of the party before capturing its summit, the BJP is undoubtedly Modi’s party today, with Amit Shah as an intensely loyal deputy. The Vajpayee-Advani-Joshi era no longer exists. Vajpayee gave interviews to newspapers, saying that he was not in agreement with Lal Krishna Advani on the Ayodhya movement and therefore did not support it. No leading political figure of BJP today has demonstrated the courage to articulate disagreements with Modi. Those who did so were not political heavyweights and never received the support of the RSS. They were just ignored by the party. When Modi says he is a chowkidar (watchman), all party members also call themselves chowkidars. The subservience is unmistakable.

One could suggest that the election verdict was about the electorate’s comparative assessment of Rahul Gandhi and Narendra Modi as leaders, and people chose Modi over Rahul. The fact that the election became semi-Presidential lends some weight to this argument. A lot of commentary has presented Rahul as a hapless combination of sincerity and ineptitude. With considerable decency, he repeatedly spoke of love as a way to counter hatred. But this Gandhian line uneasily coexisted with his unremitting anti-Modi slogan, chowkidar chor hai (the watchman is a thief). It is also clear that the slogan was not working. Yet he persisted, diluting the other aspects of his campaign, such as unemployment and agrarian distress.

It is also said that Rahul Gandhi’s idea of NYAY came too late — and in much too cluttered a form. The masses simply could not comprehend what it was all about. While this is true, another argument is worthy of consideration. NYAY might have been ethically compelling, but it was politically unwise. India is increasingly becoming a middle-class society and the focus on the bottom 20 per cent, which is what NYAY was about, was irrelevant to the vastly larger middle classes, carrying many more votes than the absolute poor. In the end, he did not get the vote of the poor and also lost much of the middle class vote. The ethical desirability and political rationality were directly in clash.

One should here note that while most election results are shaped by multiple factors, what an election means is something quite distinct. Even if we can’t prove with data what turned the election, the question of how the meaning of the election would be interpreted — and used — is inevitably a political issue. Politicians don’t wait for analysts to settle the relative significance of various factors. They go ahead and use the victory in a way suitable to them. They do whatever it takes to win, but once in power, the ideological project often takes over.

Here lies the great danger of this election victory. There is no doubt in my mind that for the ideologues of the BJP and RSS, including the highest rungs of leadership, not simply the so-called fringe, this election has endorsed the project of Hindu nationalism – namely, the creation of a Hindu majoritarian state and polity. How else can one interpret the victory of Pragya Thakur, a terror accused and someone who hailed Mahatma Gandhi’s assassin as a hero and a patriot? How else can one understand Amit Shah’s claim that Muslim migrants from Bangladesh or Myanmar were “termites” and he would throw out all immigrants except those who were Hindu, Buddhist, Sikh and Jain? How does one read Modi’s critique that Rahul Gandhi’s choice of Wayanad as a second constituency was because the minorities were a majority there, as if Muslims and Christians are not citizens equal to the Hindus? Even more ominously, how else can one comprehend Modi’s statement in his victory speech on May 23rd that these elections have disempowered, and exposed the deceitful claims of, secularists (is chunaav ne secularists ko benaqab kar diya hai – ab wo desh ko gumraah nahin kar sakte)? A solitary later speech seeking the trust (vishvaas) of minorities is simply not enough.

Since the lynchings began in 2015-16, one encounters a lot of scared Muslims in India. There was a time when mainstream politics under Jawaharlal Nehru and Indira Gandhi used to claim that Muslim anxieties and fears were our anxieties and fears. The whole nation needed to deal with them. There might have been riots, as there certainly were, especially during Indira Gandhi’s reign, but from the top rungs of the polity, the claim was never that secular protections for minorities, constitutionally legitimated, were either deceitful lies or detrimental to national health and strength. Since 2014, this argument has disappeared from the corridors of power. This election gives a thunderous push to this ongoing process.

If this interpretation of the meaning of 2019 elections is right, a transfigured India possibly awaits us. The metamorphosis is not certain but, with an enhanced majority for the BJP, it is likely. Equally probable, the pursuit of Hindu rashtra will be painful and deeply unsettling.