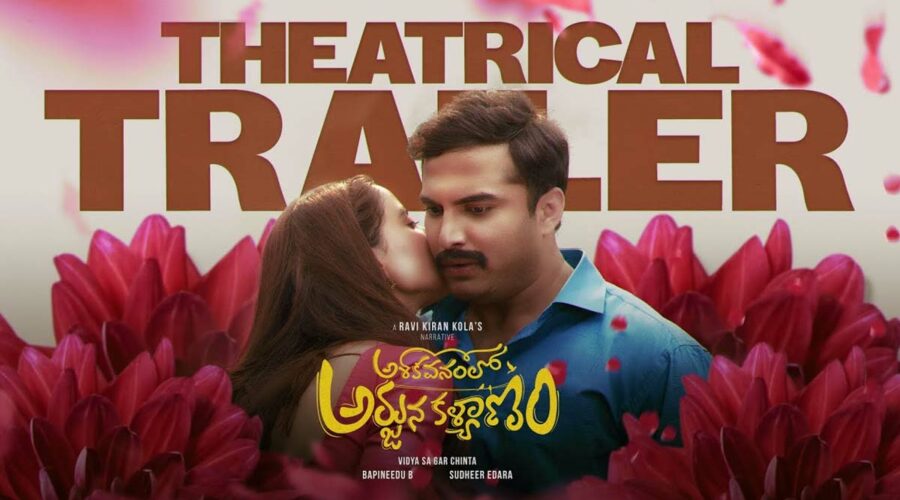 After ‘Pagal’, Vishwak Sen acted as the hero in the movie ‘Ashokavanamlo Arjuna Kalyanam’. Vidyasagar Chinta is directing the movie which is being produced by Bapinidu and presented by BVYSN Prasad under the banner of ‘SVCC Digital’. This movie starring ‘Krishnarjuna Yuddham’ ‘ABCD’ fame Rukshar Thillan as the heroine.

Recently a teaser was released from this movie. Vishwak Sen will be seen in the movie as Allam Arjunkumar, an unmarried young man in his 30s. This teaser makes it clear that the movie shows a young man falling for marriage in a funny way. An attempt was made to show the same thing in the trailer as in-depth. At home, it is important for an innocent hero to marry a girl of his own caste.

That is why they are looking for and catching a Telangana girl across the state. After the both families look at each other, the wedding will also be fixed. But there is a problem over here. Telling the heroine that she did not like getting married.. then showing the emotional incidents that the hero faced. It is clear that there is a lot of hilarious comedy even in such serious content.

Vishwak Sen looks very new in the trailer. It is not said in the trailer that Mas Ka Das is going to be presented as… Class Ka Das. Vishwak Sen’s comedy timing is also impressive. The movie will be released on 6th May in theaters. Take a look at the trailer yourself: