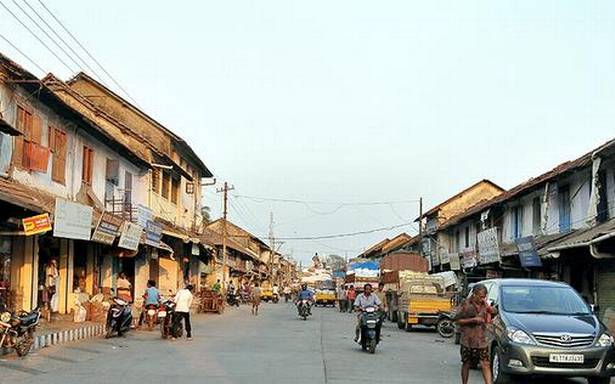 ‘Project will lead to increase in rent of buildings’

The plan of the Kozhikode Municipal Corporation to convert Valiyangadi into a food street by night, despite the support of the Department of Tourism, has met with a roadblock as the trade unions and merchant organisations of the city have opposed it. They expressed their protest against the project at a meeting convened by District Collector N.Tej Lohit Reddy on Monday to discuss it. The organisations claimed that the project will destroy Valiyangadi, one of the oldest commercial streets in the State.

The food street project is one in which food wagons will be parked in Valiyangadi street from 7 p.m. to 12 p.m. after business hours. The wagons and bunks will provide different kinds of food to the public. By morning, the street will be completely clean and ready for business as usual.

‘Business may be hit’

However, the trade organisations claimed that the food street project will lead to a hike in the rent of buildings in Valiyangadi and that the merchants will be unable to afford it, leading to a decline of business on the street. “The low rent is what helps us continue to do business in Valiyangadi”, Shyaam Sunder Eradi, president of the Calicut Foodgrains Merchants’ Association, said.

The trade leaders said that around 10,000 labourers were working in Valiyangadi and that many of them may lose jobs if the street was converted into a food street. Also, the street will not be free by 7 p.m. as the inter-State lorries will be unloading stock till 9 p.m.

The lorries that need to unload early in the morning also park on the street at night.

The organisations suggested the authorities use either the renovated Bhatt Road beach or the land of the Harbour Department on the beach for the project, instead of Valiyangadi.