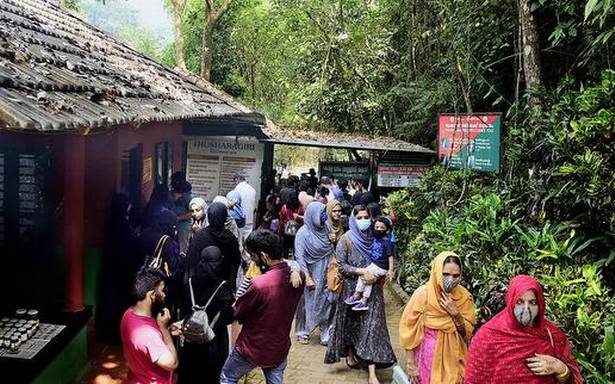 The Green Carpet initiative and similar destination improvement projects by the Tourism Department have given a facelift to all the major tourism spots in Kozhikode district, and the destinations are attracting more domestic and international tourists.

K. Dasan, MLA, points out that Kappad is the only beach destination in Kerala now with the prestigious Blue Flag certification. The historical tourism spot is now managed by adhering to all international safety protocol. A professional agency has also been appointed by the destination management committee to maintain the facilities at the beach, he adds.

The Vadakara sandbank, another favourite beach destination of domestic tourists, has also been given a makeover. According to Tourism Department officials, the beach is attracting more visitors after its reopening on completion of a ₹99.36-lakh beautification project.

For city residents, the renovated S.M. Street and the Mananchira square continue to be the biggest attractions. Though traders are yet to accept the traffic ban introduced on the street after the renovation works, shoppers are seemingly happy with the idea. The beautification of the street has also paved the way for addressing the recurring fire outbreaks on the heritage street.

The classification of Kozhikode beach into two different zones — cultural and sports zones — following the proposals submitted by people’s representatives has also been welcomed by many. According to Tourism Department officials, both these concepts are new to Kerala. They also add that the Butt Road beach in the city is now emerging as a favourite family beach zone with better facilities for children.

Officials with the District Tourism Promotion Council (DTPC) point out that the State government has already given administrative sanction for innovative tourism development projects worth ₹915.59 crore in Kozhikode district. Both the heritage projects and eco-tourism promotion initiatives have got the due share for timely completion, they add.

Beach and rural tourism destination improvement projects got the highest share of the development funds sanctioned within the past five years.