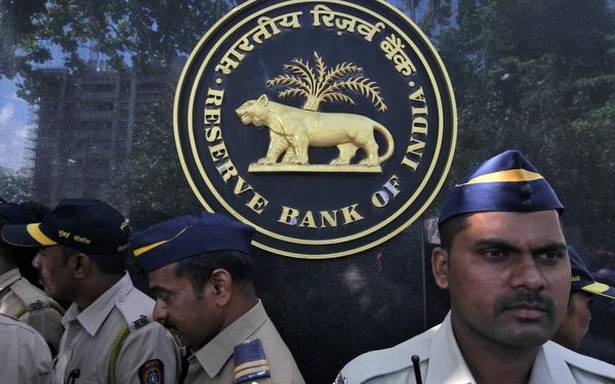 The Monetary Policy Committee (MPC) of the Reserve Bank of India (RBI) voted unanimously to leave the policy repo rate unchanged at 4%, Governor Shaktikanta Das announced on Wednesday. “It also unanimously decided to continue with the accommodative stance as long as necessary to sustain growth on a durable basis and continue to mitigate the impact of COVID-19 on the economy, while ensuring that inflation remains within the target going forward,” he added.

Central Government has decided that it will allow COVID-19 vaccination sessions in workplace, which has about 100 eligible/willing beneficiaries. “States/UTs have been asked to prepare for the launch by April 11,” a health ministry source told The Hindu. | Click here for updates on the coronavirus.

Warning that Maharashtra had only three days’ vaccine stock left, State Health Minister Rajesh Tope on Wednesday urged the Centre to expedite the delivery of vaccine doses to the State.

Wearing a mask or face cover in a vehicle occupied by either a single person or multiple persons is compulsory in the view of the prevailing COVID-19 pandemic, the Delhi High Court ruled on Wednesday.

India has the third highest number of billionaires in the world after the U.S. and China, according to a new list by the prestigious Forbes magazine, which said Reliance Industries Chairman Mukesh Ambani reclaimed his spot as Asia’s richest person, dethroning Chinese business tycoon Jack Ma who was the richest person in the region a year ago.

West Bengal Chief Minister and Trinamool Congress supremo Mamata Banerjee on April 7 alleged that the CRPF personnel are harassing voters in the State at the behest of Union Home Minister Amit Shah.

A Mumbai court on April 7 extended the NIA custody of suspended Mumbai police officer Sachin Vaze till April 9 in the case of an explosives-laden SUV found near industrialist Mukesh Ambani’s residence and the death of businessman Mansukh Hiran.

A Delhi Court on Wednesday, April 7,2021, granted exemption from personal appearance to former union minister P. Chidambaram and his son Karti for the day in the INX Media scam related money laundering case.

A hacking group is spear phishing business professionals on LinkedIn with fake job offers to get remote control over the victim’s computer, according to researchers at eSentire. Spear phishing is an email or electronics communications scam in which a victim receives an email that leads them to a fake website infected with malware. The aim of the attack is to steal data or install malware on victims’ device.

A 16-member Indian judo team has been forced to withdraw from the ongoing Asia-Oceania Olympic qualifiers in Bishkek, Kyrgyzstan after a player tested positive for coronavirus just before the start of the tournament. The judoka’s tested positive after landing in Kyrgyzstan.