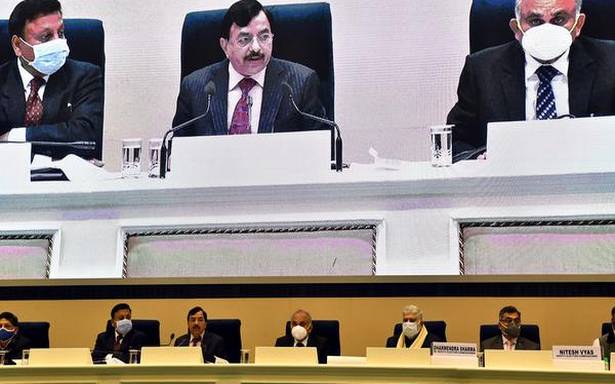 The Election Commission has geared up to conduct Assembly elections in five States — Uttarakhand, Uttar Pradesh, Punjab, Manipur and Goa. Elections to Uttar Pradesh Assembly will be held in seven phases beginning on Feb 10, while Manipur will see two-phase elections — Feb 27 and March 3. Punjab, Uttarakhand and Goa will have single phase election on Feb 14. The counting of votes will be on March 10.

Assembly elections in Uttar Pradesh, Uttarakhand, Manipur, Punjab and Goa will litigate some key political questions that will have resonance across the country. There are at least six defining issues of these Assembly elections. Here’s a quick take.

Fire not an ‘act of God’ if no external natural force involved: SC

A fire accident cannot be termed as an ‘act of God’ if it did not happen due to the operation of any external natural forces like storm, floods, lightning or earthquake, the Supreme Court has said. A three-judge bench headed by Justice A.M. Khanwilkar made the observation while setting aside an Allahabad High Court order which had termed the fire in the warehouse of a company as an ‘act of God’ and exempted excise liability of the company engaged in the manufacture of liquor.

COVID-19 vaccination | Use only Covaxin for 15-18 age cohort: Bharat Biotech

COVID vaccine maker Bharat Biotech has appealed to healthcare workers to be “highly vigilant and ensure that only Covaxin is administered to individuals in the 15-18 years age group”. The appeal was issued late on Friday night and comes following reports of other COVID-19 vaccines being administered to this cohort.

The government has blocked several social media handles that were circulating "fake and inciting" content on Twitter, YouTube and Facebook, Minister of State for IT Minister Rajeev Chandrasekhar said on Saturday. Owners of these accounts are being identified for action under the law, he added.

A private helicopter with four persons on board made an emergency landing on a farm land at Pavalakuttai village in Kadambur hills in Erode district on Saturday.

India to resume export of mangoes to the U.S.

In a yet another case of suspected hate crime, an Indian-origin Sikh taxi driver in the U.S. has been assaulted by an unidentified man, who knocked off his turban and also used expletives against him outside the JFK International Airport here, according to a video on social media.

Novak Djokovic’s lawyers filed court papers Saturday in his challenge against deportation from Australia that show the tennis star tested positive for COVID-19 last month and recovered, grounds he used in applying for a medical exemption to the country’s strict vaccination rules. The No. 1-ranked Djokovic was denied entry at the Melbourne airport late Wednesday after border officials canceled his visa for failing to meet its entry requirement that all non-citizens be fully vaccinated for COVID-19.

In view of the Tamil Nadu government allowing 50% capacity of passengers in suburban train services, the Southern Railway has made it mandatory for passengers to produce their vaccine certificates for the issue of tickets. The new guidelines will be in force from January 10 to 31.

Sidney Poitier, who broke through racial barriers as the first Black winner of the Best Actor Oscar for his role in Lilies of the Field, and inspired a generation during the civil rights movement, has died at age 94, an official from the Bahamian Ministry of Foreign Affairs said on Friday.

Tamil Nadu Chief Minister M.K. Stalin on Saturday said it was the basic principle of a democracy that when the Legislative Assembly of a State invoked its right and enacted a law, the Governor of the State should respect it and give it his approval.

India opener Mayank Agarwal was on Saturday nominated for the ICC Player of the Month award for December following his stellar performance in the Test series against New Zealand and South Africa. Besides Agarwal, New Zealand spinner Ajaz Patel and Australian pacer Mitchell Starc were also short-listed for the award.

Long-distance train travel is likely to cost more for passengers boarding or alighting at redeveloped stations as the Railways is planning to levy a station development fee ranging from ₹10 to ₹50 depending on the class of travel. Officials said the fee is likely to be added to the train tickets during booking. The fee will be levied only after such stations become operational.

01/08/2022 India Comments Off on Top news of the day: ECI announces poll schedule for 5 States from Feb. 10, ban on physical campaigning till Jan. 15; FCRA nod for Missionaries of Charity restored, and more
India