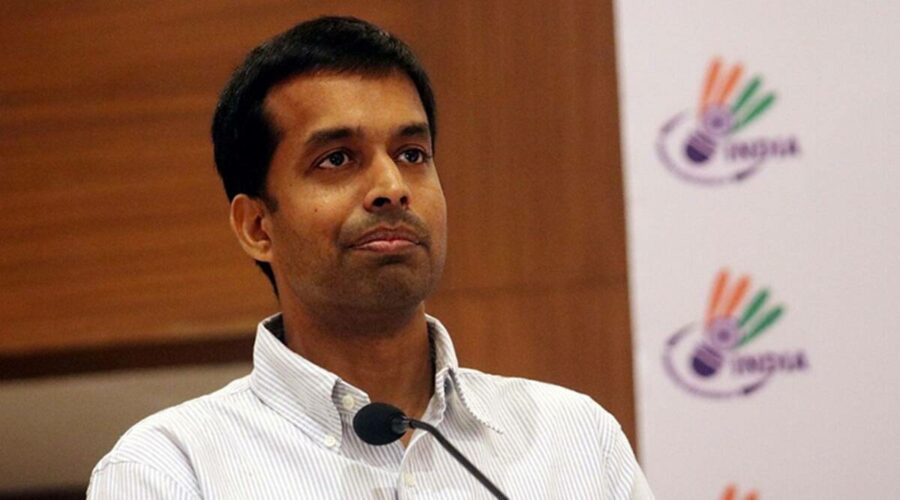 National badminton coach P Gopichand said the Indian contingent will return home with at least 10 medals from the Tokyo Olympics. The challenges athletes are facing in the 2020 Tokyo Olympic Games will be a different kind of stress as the Covid-19 cases keep rising. However, the 119-strong Indian contingent is expected to do well this time, national badminton coach P Gopichand felt, who also added that the Indian contingent will return with at least 10 medals.

“I’m sure (PV) Sindhu will pull it off. Even though the men’s double pair of Satwiksairaj Rankireddy, Chirag Shetty might have got a tough draw, they too will do well. In the men’s singles, Sai Praneeth is expected to go all the way,” Gopi said at the webinar organised by Hyderabad-based Heartfulness Institute & Dhyana who are the official meditation partner of India contingent to Tokyo.

“Overall I’m of the feeling that Indians will return home with medals in double-digit. The support from the governments was huge this time in particular and it will reflect in the results too,” he added.

The former national champion also recollected the way foreign psychologists at SAI, during his playing days, used to tweak “our Yoga Nidra and meditation and label it as progressive move. I hope meditation can help our athletes as the Olympics village (in Tokyo) has been hit by Covid-19. The Dhyana app will be useful for all and the tie up with-IOA will be just the beginning for sportspersons,” Dronacharya awardee Gopichand said.

Tanvi Khanna, the top women’s squash player in the country and actor Tanya Maniktala were among those who spoke.

“Right coaching and training alone won’t help one achieve at the top level. Mental strength will give the edge, meditation will help to not overdo things while tackling pressure and balance our outlook,” Tanvi said.