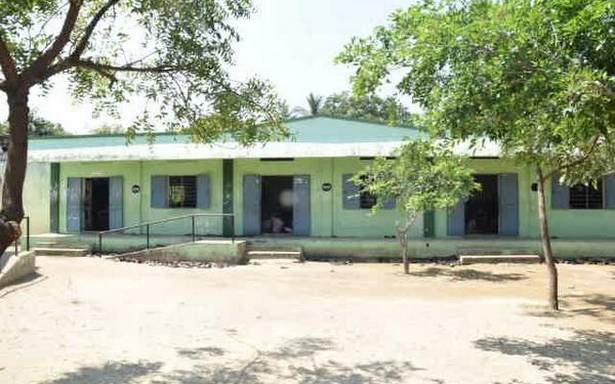 By building washrooms, Rotary Club of Madras has improved the profile of a Government High School at Sithalapakkam and, if its management’s reasoning is sound, increased its enrolment rate to some extent

What is unique about this case is that the school management believes the new swanky washrooms played some part in this good fortune. Whether that is true or not, it has to thank Rotary Club of Madras for these new washrooms.

Last year, the management approached the Rotary Club about building toilets for the school as the existing ones were grossly inadequate for its current strength.

“With just one toilet, the school opened in 2009 for 383 students from classes VI to X. Later, as the enrolment numbers increased, three toilets for boys and three for girls were added but that was still not adequate enough,” says a senior staff.

In 2020, our school had 761 students and this academic year we got close to 130 new admissions, says the staff.

Clean toilets are a criterion for some parents. “During admission, some want us to take them on a tour of the school or ask us about specific infrastructure including washrooms. Girl students may drop out if the toilets are unclean or inadequate,” says the staff.

The institution is the only other government high school within a three-four kilometre radius. A majority of parents sending their children to the school are daily wage earners or work as domestic help and need to be pushed to send their wards to school, say teachers.

In June, when the school conducted a PTA meeting, the management invited Rotary Club members to help parents understand the infrastructure boost that was coming up.

“I was part of the meet and we announced to parents about the construction of 56 toilets and 16 wash stations for the benefit of students and the teaching staff so that they do not have to rethink about sending their children to the school. We also asked them to review the progress in work, so as to make them feel a part of the project,” says S Ravi, President nominee, Rotary Club of Madras.

Before signing up for the social project, the Club members had done a survey around the school and found that the fringes of the sprawling Sithalapakkam lake, which is located near the school, were used for open defecation by local people including students.

“We were convinced that the school needed more toilets and as we also wanted them to be well maintained, we have been handholding the staff about monitoring them,” says Ravi.

He says if every student spends ₹10 a month then the school can hire a person to keep the toilets clean. “We also want the staff to bring in behavioural change among students about not defecating in the open and polluting the lake,” says Ravi, adding that the Club has begun work on restoring the lake.

According to the school, the PTA has agreed to oversee the maintenance of the washrooms at the school. “We have hired a person to clean the washrooms regularly and we will be monitoring the upkeep of the place,” says S Ravi, PTA member and panchayat president.

The teachers pool in money to employ a person to clean the staff toilets.