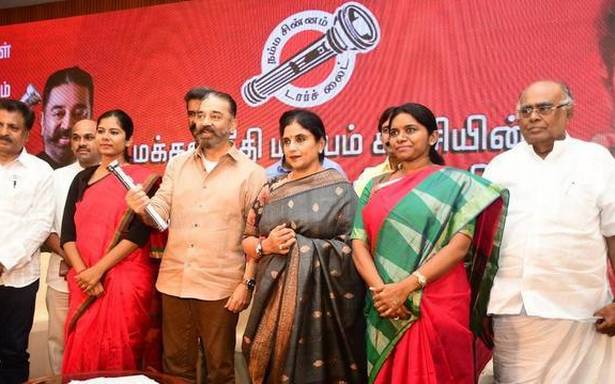 Mr. Haasan, in his first electoral battle, will face Congress and BJP candidates

After much deliberation, Makkal Needhi Maiam founder Kamal Haasan announced on Friday that he will contest from the Coimbatore South seat in the forthcoming TN Assembly elections.

According to party sources, Coimbatore South seat was deemed a ‘safe’ seat to contest in since the Dravidian majors have allotted the seat to their allies, the BJP and the Congress.

But with the DMK and the AIADMK fielding strong candidates in Alandur, Velachery, T. Nagar and Mylapore, it was decided that Mr. Haasan should contest from Coimbatore South.

Party sources also said that the party’s vice president Dr. R. Mahendran had worked systematically in Coimbatore for the Lok Sabha polls and has since then has created a strong party structure in the district. “Though we got over 1 lakh votes in both Coimbatore and south Chennai in the Lok Sabha polls, it was felt that votes polled in Coimbatore were a result of strong booth-level organisation. In south Chennai, the votes polled were not due to a party structure mobilising the voters,” a party leader said.

Dr. Mahendran meanwhile, will contest from the Singanallur constituency. Former IAS officer Santhosh Babu has been fielded from the Velachery constituency and will face off with the AIADMK and Congress candidate.