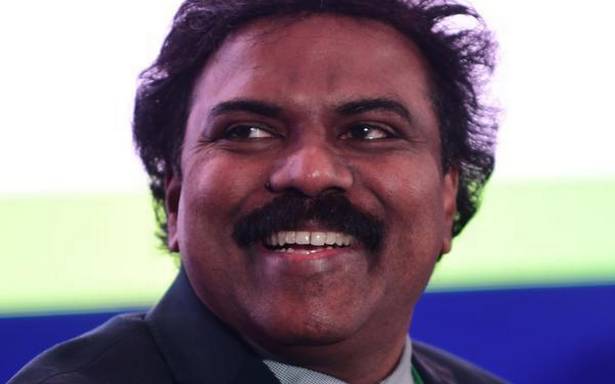 Santhosh Babu, who is contesting from Velachery, alleged that this could be the work of IT cells of different political parties

Bureaucrat-turned-politician Santhosh Babu, who has been campaigning only online after he tested COVID-19 positive, is facing another roadblock with Facebook blocking his account.

Mr. Babu who is contesting from the Velachery constituency with a ticket from Makkal Needhi Maiam, told The Hindu that this was a coordinated attack that led to an automatic lockdown of his account. He also took to Twitter and posted a message saying: “Yesterday, my Facebook profile became locked and we are still struggling to get my page back. Since I was doing a hyper digital campaign, from my hospital bed, in Corona ward, this is a coordinated attack.”

He alleged that this could be the joint work of IT cells belonging to different political parties. “They do this from people from different countries to make it look authentic,” he added. In the last two weeks, an average of over 10,000 people watched his page for his live chats and several hundreds of them shared the videos too. He pointed out that he and his team have not violated any community guidelines laid down by Facebook. He lamented that Facebook on its part has asked him to fill a form and the process of restoration might take a long while.

Mr. Babu, who was discharged from the hospital last week, has been admitted again as he has not fully recovered and he is now doing his campaigning through Instagram Live and has also created a new Facebook account. On Monday, Makkal Needhi Maiam party president Kamal Haasan campaigned for Mr. Babu at Thiruvanmiyur. Mr Babu joined the campaign with Mr. Haasan on a Zoom call.