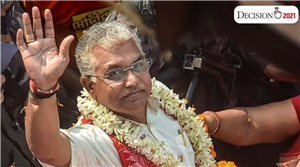 According to Ghosh, his car’s windowpanes, including the one on his side, were smashed in the attack, which took place at Sitalkuchi area of Cooch Behar. 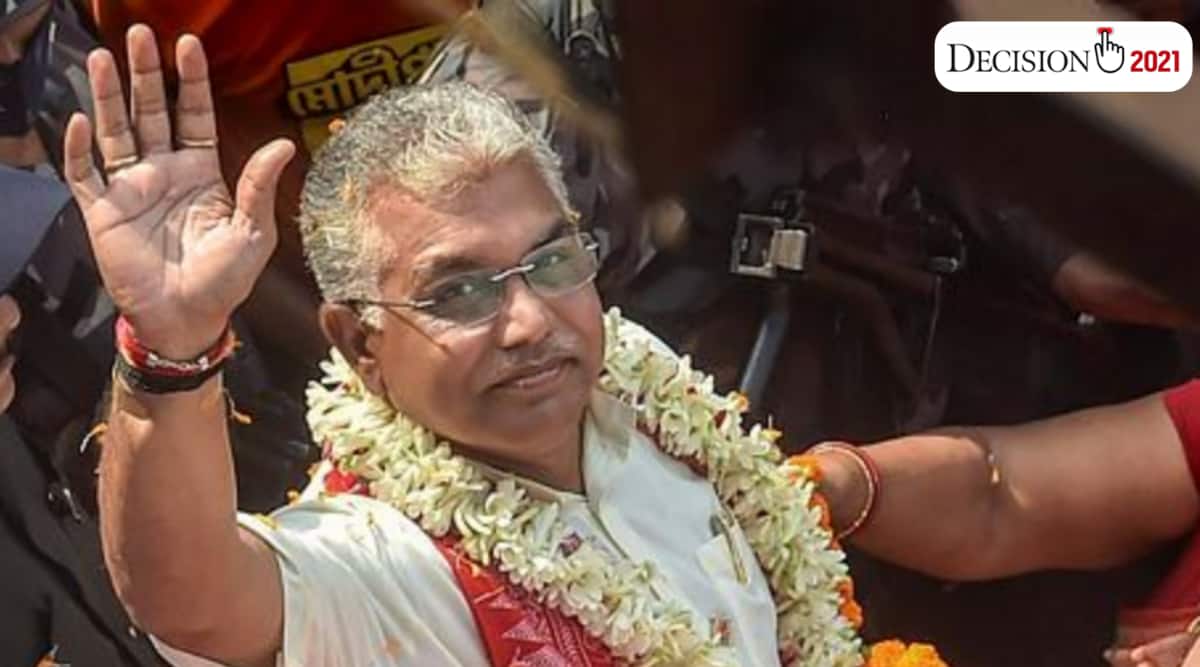 West Bengal BJP president Dilip Ghosh on Wednesday alleged that TMC activists attacked his car with bombs and bricks, in Cooch Behar district in north Bengal. The TMC was quick to deny the charge, saying the attack was a fallout of BJP infighting.

According to Ghosh, his car’s windowpanes, including the one on his side, were smashed in the attack, which took place at Sitalkuchi area of the district. He was returning after attending a public meeting.

“State of democracy in Paschim Banga is pathetic. TMC goons carrying TMC flags hurled crude bombs on my vehicle and shattered my vehicle’s window. They also assaulted multiple karyakartas of BJP and vandalised multiple cars. Police men were seen retreating. This happened following a public meeting at Sitalkuchi, at the very spot where the meeting was conducted,” he said in a tweet.

Cooch Behar district will go to polls in the fourth phase on April 10.

Sources said TMC workers returning from a rally of Chief Minister Mamata Banerjee earlier in the day got involved in a clash with BJP activists attending Ghosh’s public meeting.

“I was waiting in my vehicle after our meeting and people were leaving the venue. At that moment, we were attacked with bombs, bricks and sticks by people holding TMC flags. Several of my workers were injured. If the Election Commission does not take immediate action then polling in Cooch Behar will be a farce,” added Ghosh.

This is not the first time Ghosh has come under an attack. On several occasions, Ghosh’s convoy has been attacked in different areas of the state in the past few years.

TMC spokesperson Kunal Ghosh said the ruling party’s workers were not involved in the attack. “Our party had no role to play in this incident. It was a fallout of BJP infighting, as their workers in Cooch Behar were not happy with the selection of candidates. It could also be a result of the provocative statements made by Ghosh. He should refrain from making such statements to reduce the chance of being at the receiving end of people’s anger,” said Kunal Ghosh.