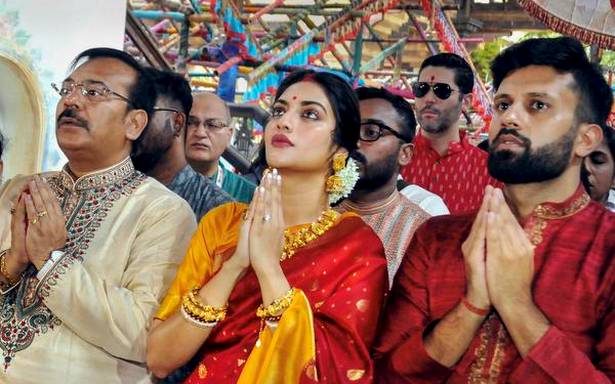 The marriage between Trinamool Congress (TMC) MP Nusrat Jahan and businessman Nikhil Jain is not legally valid, a court in Kolkata ruled earlier this week.

“It is declared that the alleged marriage held on 19/06/2019 at Bodrum, Turkey in between the plaintiff and the defendant is not legally valid. The suit is, thus, disposed off on admission,” the court had ruled on November 16.

The development comes as a respite to Ms. Jahan who earlier this year, on June 9, had released a statement saying that her marriage to Nikhil Jain had taken place according to Turkish law and hence not valid in India. “Being on foreign land, as per Turkish Marriage Regulation, ceremony is invalid. It was an interfaith marriage; it requires validation under Special Marriage Act in India which didn’t happen. As per court of law, it’s not marriage but relationship or live-in relationship,” a statement issued by Ms. Jahan had said. Mr. Jain had approached the court for the annulment of the marriage.

The actor turned politician was fielded by the Trinamool Congress from the Basirhat Lok Sabha constituency in West Bengal’s North 24 Parganas district in 2019, where she won by a huge margin of over 3.5 lakh votes. The ceremony in the picturesque Turkish town of Bodrum, whose legality was decided by the court earlier this week, was held only weeks after the 2019 Lok Sabha polls and was widely publicised. Chief Minister Mamata Banerjee was among those who attended a reception hosted by Ms. Jahan and Mr. Jain in Kolkata in 2019. Ms. Jahan was one of star campaigners for the Trinamool Congress in the 2021 Assembly polls and is active on social media, raising political issues and also promoting her work as an actor.

Neither Ms. Jahan nor Mr. Jain have commented on the court’s order. The TMC Congress MP was seen visiting schools in her constituency, Basirhat, on November 17, after educational institutions opened in the State. She also participated in an administrative meeting chaired by the CM in North 24 Parganas district on November 17.