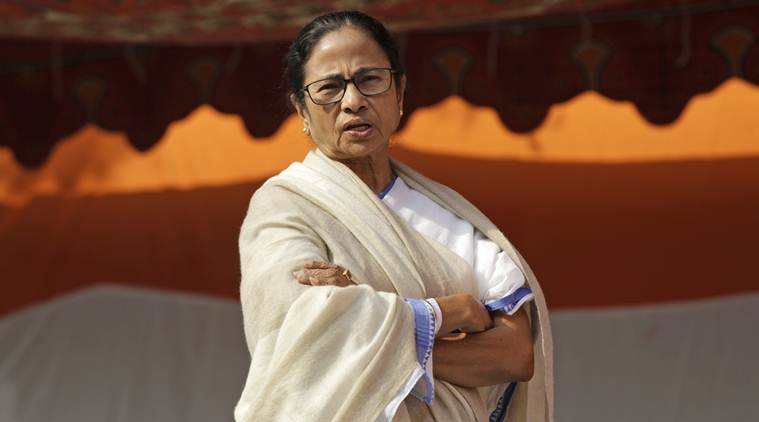 Instead of playing along religious lines, and handing the BJP an advantage, the party has decided to pitch itself as a “Bengali” party – pitted against the influx of “non-Bengalis” of BJP. Having fought a bitter campaign trying to counter the BJP’s Hindutva rhetoric with conch shells and Sanskrit shlokas, but finally managing to hold on to all nine seats in the seventh phase, apparently on the back of Bengali sentiment following vandalism of an Ishwarchandra Vidyasagar statue in Kolkata, the Trinamool Congress (TMC) is back to the drawing board. And instead of playing along religious lines, and handing the BJP an advantage, the party has decided to pitch itself as a “Bengali” party – pitted against the influx of “non-Bengalis” of BJP.

Newly elected Kolkata North MP Sudip Bandopadhyay, who is also TMC’s leader in Lok Sabha, said: “Eighty-six per cent of people in West Bengal speak Bangla, and that ‘Bengaliness’ is under threat with the advent of BJP. The charge of appeasement against us is not right. Red Road was once known as a place for Eid namaz; now it is also known for the Durga Puja carnival that has assumed such proportions that it will soon get international recognition.”

On the poll setback, Bandopadhyay said that while Mamata Banerjee “worked 24×7”, party workers did not, which led to the BJP winning 18 seats in a state where it had won two in 2014.

Just before the final phase of polling, the TMC changed its reactive religious-toned campaign to aggressive “Bengali” rhetoric after the bust of 19th century educationist and social reformer Vidyasagar was broken at Vidyasagar College during scuffle between BJP and TMC supporters while a roadshow by BJP president Amit Shah was passing by.

Thereafter, all TMC leaders changed their social media profile pictures to that of Vidyasagar. The fact that many BJP leaders do not speak Bangla was also highlighted.

In Kolkata, West Bengal Education Minister Partha Chatterjee announced the state government’s decision to install statues of Rabindranath Tagore, Ashutosh Mukherjee and Vidyasagar, among others, outside educational institutions on Kolkata’s College Street, which houses Calcutta and Presidency universities and is otherwise an educational and sociocultural hub.

All the sites mentioned are located in College Street and Bidhan Sarani, which was the route of Amit Shah’s roadshow.

In order to build its fightback on a “Bengaliness under threat” plank, the TMC is looking to revive the theme of “amar apnar bangla (Bengal is yours and mine)”, sources said. It was briefly used at press conferences but was soon replaced by the original TMC tagline of “Ma Maati Manush (mother, land, people).”

Sources also said that the party is trying to train its workers and leaders to be equipped for the social media battle to counter the effective and vocal BJP presence on these platforms.

“Many within the party still do not understand the importance of social media and why being active and visible there is necessary. BJP is much more aware of that potential. We are trying to build that in our leaders and workers too,” a party leader said.

Meanwhile, on a day the party lost two MLAs and nearly 60 councillors to the BJP, TMC national spokesperson and Rajya Sabha member Derek O’Brien said, “People of West Bengal are firmly with Mamata Banerjee. Today, two of 221 MLAs went to BJP…” —(with inputs from ENS, KOLKATA)

05/28/2019 India Comments Off on TMC looks at Bangla to reinvent itself, take on BJP
India