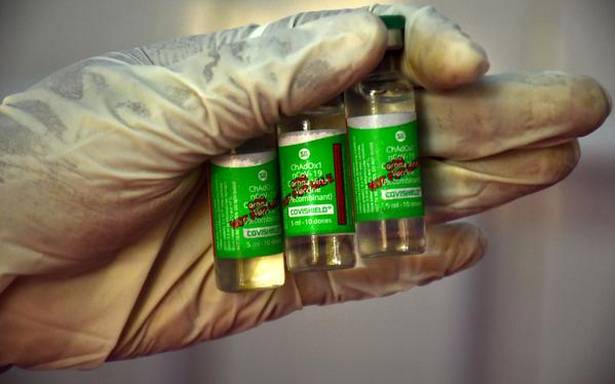 Among the 14 panchayat unions, Tiruchi and Thottiyam have emerged as hotspots for COVID-19 infection.

Out of 398 fresh cases reported in the district on Monday, Tiruchi city accounted for 202. There were 190 cases in rural areas. While Manachanallur, Andhanallur and Pullambadi recorded more than 20 cases, Thottiyam panchayat union topped the list with 47. Andhanallur had 26 cases.

According to sources, Tiruverumbur, Manachanallur and Pullambadi continues to record 30 to 40 fresh cases daily. Other unions record around 20 cases daily.

“Fresh cases are on the rise in six or seven panchayat unions. We are closely monitoring. Our focus is on not just on contract tracing but also bringing all patients to COVID care centres,” says S. Ram Ganesh, Deputy Director, Health Services, Tiruchi.

As far as Thottiyam is concerned, a temple festival held in a village about 14 days ago has become a reason for the spread of the virus to the people of a few villages. About 30 persons tested positive from a cluster. Some of the persons, who tested positive, have gone to neighbouring villages in Namakkal district to escape hospitalisation. However, most of them have been traced and brought to COVID care centres.

The cases will further go up for a few more days as testing has been increased. A total of 5,700 samples have been lifted on Monday. It will be increased to 6,000 a day. For every 1,000 samples, 60 to 70 persons are turning out to be positive, Dr. Ganesh said.

A number of steps have been taken to bring down the cases. It will take a few more days to show results, he added.

04/27/2021 India Comments Off on Tiruchi, Thottiyam are hotspots
India