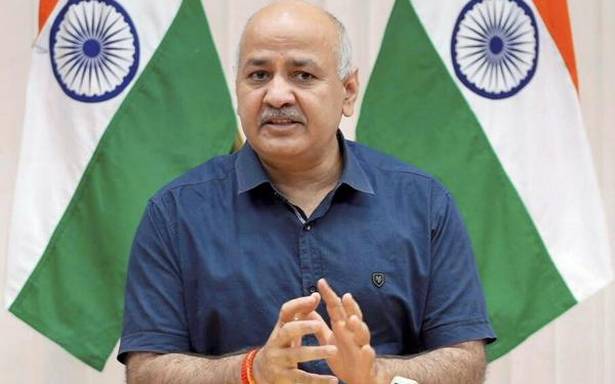 The FIR also mentions 500 unidentified persons who were part of the yatra on Sunday, police said.

The FIR also mentions 500 unidentified persons who were part of the yatra on Sunday from the GIC ground till the Shaheed Smarak in Sanjay Place, police said.

Permission had been granted to organise the Tiranga Yatra while following COVID-19 protocols with a limit of 50 people, they said.

But the number of people, who attended the march on Sunday, exceeded the permitted number and COVID-19 protocols were not followed, police said.

Ahead of the Uttar Pradesh assembly polls, the Aam Aadmi Party (AAP) plans to take out Tiranga Yatras in Ayodhya, Lucknow and Noida to mark the 75th year of India’s Independence.

The AAP party will carry out this yatra in Ayodhya on September 14 and later in 403 assembly segments of Uttar Pradesh, Sisodia had said on Sunday, as he attacked the BJP government in the state over law-and-order, education, healthcare and employment situations.

Superintendent of Police (City) Vikas Kumar said that the case has been registered against 17 AAP leaders, including Delhi Deputy Chief Minister Manish Sisodia and Rajya Sabha MP, and another 500 unidentified persons.

They were part of the Tiranga Yatra carried out by the party’s leaders on Sunday evening from GIC ground till Shaheed Smarak in Sanjay Place in Agra, he said.

“For not following the COVID-19 protocol the FIR was registered at the Lohamandi Police station on Monday morning,” the SP said.

They have been booked under Indian Penal Code sections 188, 269 and 270, and under provisions the Epidemic Diseases Act for violation of COVID-19 protocols, police said.

Section 188 pertains to disobedience to order duly promulgated by public servant, while 269 and 270 pertain to whoever unlawfully, malignantly or negligently does any act which is, and which he knows or has reason to believe to be, likely to spread the infection of any disease dangerous to life.