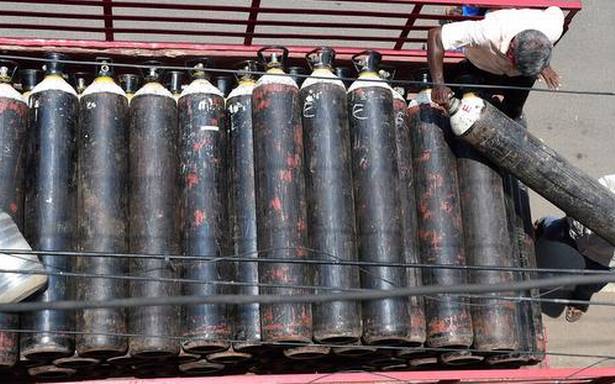 With the National Highways Authority of India (NHAI) completing civil and electrical works, oxygen generating plants have been commissioned at hospitals in K.K. Nagar, Perambalur and Virudhunagar.

“The hospitals themselves provided the copper tubing, from which the oxygen is supplied to the beds. The plants were provided by the Defence Research and Development Organisation (DRDO),” said an official in the NHAI.

Following a shortage of oxygen for COVID-19 patients in hospitals across the country, the Central government had announced that the DRDO would supply oxygen plants and that the NHAI would undertake the civil works. Tamil Nadu was sanctioned plants at 142 hospitals after consultation with the State.

“Work to install others is in progress and some are likely to be commissioned shortly,” another official said.

Meanwhile, the Chennai Petroleum Corporation Limited (CPCL) has set up a makeshift hospital with oxygen supplies on its campus in Manali.

“We have diverted oxygen from our refinery by laying a new pipeline to this facility that can house up to 150 persons at a time. But since the number of patients is less, right now oxygen required to support them is being supplied. Also, work to install an oxygen bottling plant is nearing completion,” a company official said.

06/22/2021 India Comments Off on Three hospitals get oxygen plants from DRDO, NHAI
India