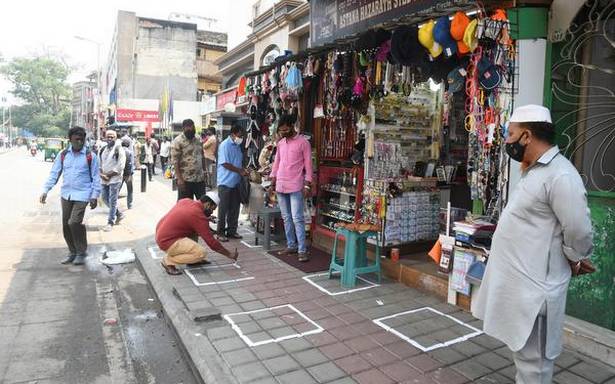 Although the ICMR’s sero survey has shown a seroprevalence of 69.8% in Karnataka, experts here are of the view that the third wave in the State will primarily depend on COVID-19 appropriate behaviour and emergence of new variants.

World Health Organisation chief scientist Soumya Swaminathan has said there is no way to predict with certainty about the third wave. It might not be as bad as the second, she has said.

However, V. Ravi, nodal officer for genomic confirmation of SARS-CoV-2 in Karnataka, said that it is not scientifically correct to say that the third wave will be mild. “We do not know how the virus will behave. We cannot become complacent as over 50% of the population is yet to be vaccinated. The third way can be postponed if there is no emergence of another new infectious variant and if we double the speed of vaccination coverage,” he said.

He said people should not let their guard down and cautiously follow COVID-19 protocols. “The next four-six months are crucial, especially with festivals approaching,” he said.

Concurring with Ms. Swaminathan, M.K. Sudarshan, chairman of the State’s technical advisory committee (TAC), said severe cases and consequent deaths are less likely as there is progress of vaccination in adults.

“The health system is now being readied and ramped up to face the challenge of the third wave. In general the surveillance (testing, tracking and treating) has vastly improved,” he said.

TAC member Giridhar R. Babu, who also heads Lifecourse Epidemiology at Indian Institute of Public Health in Bengaluru, said areas with low seroprevalence and poor vaccination coverage will be the worst hit during the third wave.

“While there is a need to conduct another sero-prevalence study now, States have to prioritise ramping up hospital beds, oxygen supply and ensure timely referrals are done in these areas to prevent fatalities. Increasing the speed and vaccination of the vulnerable in these areas can be beneficial,” he said.

Asserting that people’s behaviour in the next four weeks will decide the timing of the third wave, C.N. Manjunath, nodal officer for labs and testing in the State’s COVID-19 task force, said the third wave is at the doorstep. “The only way to keep it away is to avoid crowding in public areas. People have to follow all COVID norms and not become complacent during the festival season. All shopping, non-essential travel, picnicking and visit to tourist spots should be avoided,” he added.

08/18/2021 India Comments Off on Third wave will depend on vaccine coverage and COVID-19 appropriate behaviour: Experts
India