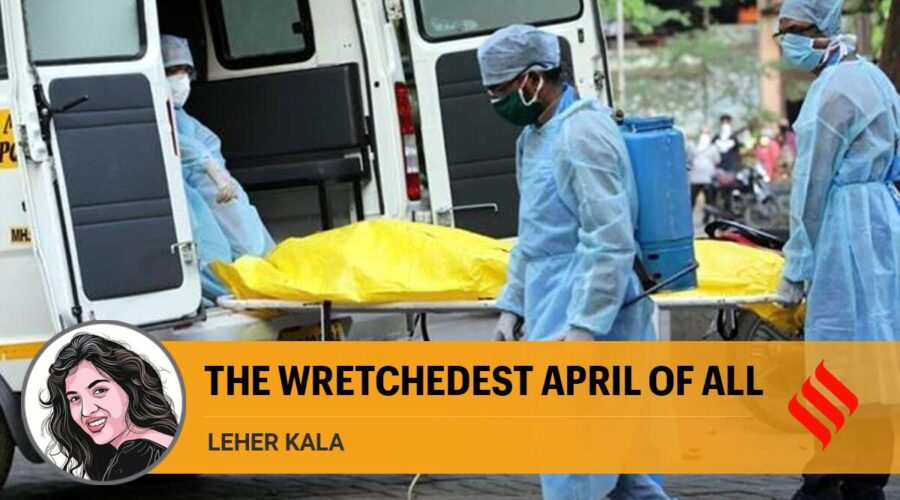 We are not heroes. We are desperate. We have been abandoned. We awake to messages of cries for help, and we sleep to news of bereavements. 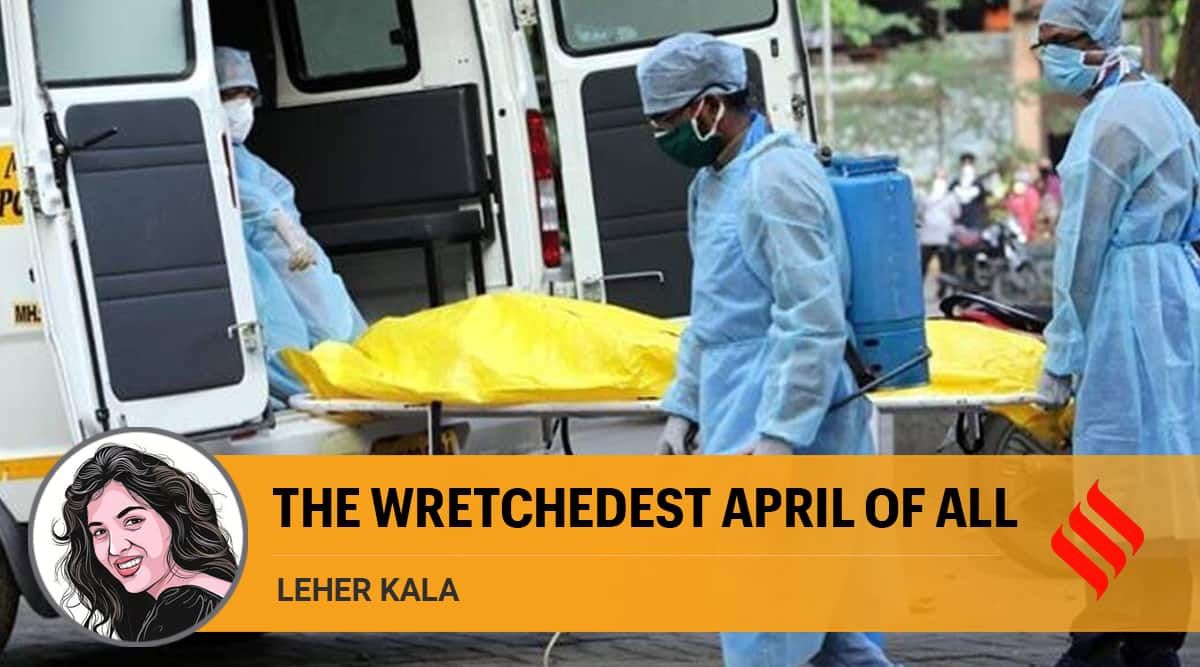 Last year if someone had told me I’d be playing online Tambola on Saturday nights to relax, I would have laughed loudly, and a tad contemptuously. Yet here I was, scribbling out the numbers rolling in, recalling how as a child I used to accompany an aunt who was fanatically devoted to her Sunday afternoon game at the club. There is solace in the old-fashioned Bingo lingo, memories from another world: last of the teens, nineteen! For a few minutes at least, the sinking feeling of despair the last month has wrought on all of us, eases: the trauma of seeing friends, relatives, acquaintances and fellow citizens gasping for air.

It has been a horrifying April. At the outset, a big salaam to the ordinary Delhiite, who, over the last fourteen days has spent an inordinate amount of time calling random numbers, trying to organise hospital beds and plasma for strangers, often, at great risk to themselves. We are not heroes. We are desperate. We have been abandoned. We awake to messages of cries for help, and we sleep to news of bereavements. For all the snide jokes on how everyone has become a WhatsApp epidemiologist, it’s those of us who have experienced Covid either ourselves or via a family member, who have doubled up as doctors at this time. Because the real doctors, overwhelmed by a relentless barrage of patients, respond 20 hours late.

Perhaps it is entirely human that one realises the scale of an unfolding tragedy only when it hits you personally. My husband contracted Covid mid-April. An asthmatic friend sent me his oxygen concentrator with the ominous warning that deterioration with this virus can be brutally sudden. We barely had time to go through the YouTube video to figure out how it works before we were inundated with frantic messages from people far more critically ill. Over the next week, that one oxygen concentrator was passed around between four unconnected people, a reminder, that humanity is indeed an ocean. In an age of cynical mistrust, it has been a revelation to see citizens cast aside their worst fears, share resources, and fundraise for those most affected by India’s corona calamity.

There are hundreds of stories of the working class heroes’ selflessness, the truck driver who hasn’t slept for three days because he had to deliver oxygen, and doctors returning to work after cremating a parent. We don’t appreciate the mostly symbolic position we occupy as citizens in relation to each other until that shattering moment when death comes knocking on all our doors. Suddenly, a moral responsibility to help out feels wholly natural. Others’ losses feel like your own. Because, you know instinctively, that it’s nothing short of a miracle that you’re not the one in dire straits, such are the contingencies of facing Covid 2.0 in India. Meanwhile, in an alternate reality playing out simultaneously, election rallies carry on and people queue up to vote.

When my children look especially weary, after yet another day of listlessly moving from one end of the room to another (steering clear of their father who has been banished to a couch in our drawing room), I remind them they are coming of age at a particularly turbulent time in history. I regret having told them stories of my teenage years enjoying college and hanging out with friends. It seems so unfair that their memories will consist mainly of harried parents struggling to keep themselves and grandparents’ alive. They will be defined by April 2021, as will we, these spent days that have dragged on interminably and caused so much sorrow to so many. Even the comforting poetry of Faiz Ahmed Faiz — lambi hai ghum ki shaam, magar shaam hi to hai — has begun to feel hollow amid these scenes of misery. We live in hope that April 2021 will also go down in posterity, as the period when certain long-held delusions, finally came to an end.

The writer is director, Hutkay Films