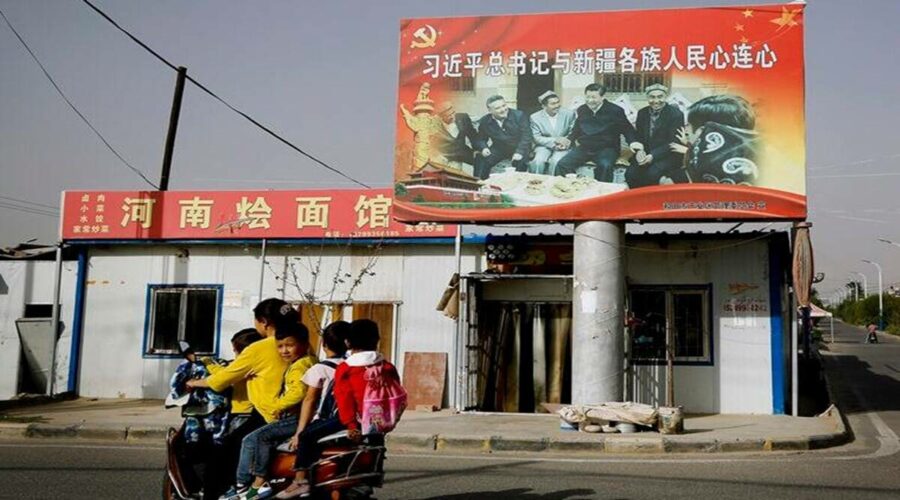 The realpolitik on Uighurs by Islamic countries, deliberate denial of China’s abuse of the community, sends a chilling message During a recent interview with Axios, an American news organisation, Pakistan’s Prime Minister Imran Khan deflected questions and refused to acknowledge widespread repression and human rights abuses of the minority Uighur Muslims in the Xinjiang region of Western China. Human rights groups have long accused Chinese authorities of detaining, torturing, and forcibly sterilising more than a million Uighurs being held in camps across the region. What should come as an outrage for traditional Muslim societies like Pakistan, is evidence that China has been targeting mosques in the region, detaining as many as 630 imams and other Muslim religious figures since 2014.

Khan’s deflections and his support to China, noting that all conversations with Beijing leadership happen “behind closed doors”, raises larger questions about the nature of China-Pakistan relations and reaffirms a deliberate denial within the Muslim world about Chinese abuses toward a broad section of its population. A host of Muslim countries — Saudi Arabia, the United Arab Emirates, Egypt, and Pakistan — have resisted condemning China for its treatment of the Uighurs and have accommodated China on a number of issues, including deportation.

Pakistan’s disputed territory of Gilgit-Baltistan, which borders the Xinjiang region, is a critical part of the $62 billion China-Pakistan Economic Corridor (CPEC). While the territory has mutual importance for Islamabad and Beijing, Pakistan has found itself accommodating Chinese political and diplomatic needs, which include cracking down on Uighurs in the region. Recently, Pakistan has used counter-terrorism measures against Uighur militants affiliated with South Asian jihadist groups and has begun seeking out Uighurs for deportation. Critics claim that economic reliance on CPEC, a critical portion of China’s Belt and Road Initiative (BRI), has created an environment where Pakistan is beholden to Beijing’s interests.

While the expectation is that Uighurs fleeing Xinjiang would find safe haven in West Asia, the heart of the Muslim world, the extent of Chinese influence in the region and across the globe has made that a myth. Recently, Saudi Arabian Foreign Minister Faisal Farhan Al Saud pledged to be China’s “eternal friend” after a meeting with his Chinese counterpart, Wang Yi. Beijing’s ties with Saudi Arabia have only grown closer since Crown Prince Mohammed bin Salman, publicly supported China’s right to pursue “anti-terrorism” and “de-extremism” tactics in February 2019, comments that were made directly to Chinese Premier Xi Jinping. China’s growing role in the Middle East might have something to do with that. Aside from China being Saudi Arabia’s largest trading partner and infrastructure developer, Saudi Arabia has a lot to gain from the partnership. Saudi Arabia wants to develop oil facilities in China, as well as use Beijing as a veneer of legitimacy amid growing authoritarianism in Riyadh. The importance of this developing partnership makes the deportation of Uighurs a modest request.

The Turkish government has been extending asylum to Uighurs since 1952. More than 35,000 Uighur Muslims live in the country. While then-Turkish Prime Minister Recep Tayyip Erdogan called China’s treatment of the ethnic minority “genocide” back in 2009, today Turkey has taken a softer tone, largely retracting their criticism of China’s Xinjiang policies and cracking down on Uighur activists at home.

It’s worth noting the compulsions of realpolitik that these countries’ reliance on China has engendered, led by copious amounts of Chinese aid, cheap credit, and other institutional arrangements. The consequences now, for some for calling out Beijing on “internal issues” would be significant retaliation from China. Consider the case of Indonesia, when it summoned the Chinese Ambassador Xiao Qian in 2018 to explain abused in Xinjiang. Indonesia later feared the withdrawal of Chinese investments or retaliatory support for separatists in Indonesia’s Papua region, which has seen a pro-independence insurgency since the 1960s. China has made it increasingly clear that criticism of its treatment of Uighurs will not go unnoticed. Often, “wolf warrior” diplomats issue open threats to such unwanted criticism. For example, China openly threatened two Turkish politicians who voiced their concerns. Even the Taliban have recently reassured Beijing that they will not host Uighur militants, citing their friendship with China.

An estimated 1.5 million Uighur Muslims in Xinjiang have reportedly been detained in camps where they are subjected to political indoctrination and pressured by Chinese authorities to renounce Islam. China has taken steps to control birth rates of Uighurs, ethnic Kazakhs, Kyrgyz, and other minorities in an effort to curb its Muslim population. Those that have escaped the region have provided grotesque details of methods used by China, which include forced abortions and torture. China has pushed back through aggressive diplomacy and state manufactured propaganda. In one such move, Chinese state media published videos of Uighurs praising the Communist Party and showing some denouncing the label of genocide.

While the United States has sounded the alarm about Chinese atrocities in Xinjiang and outside of its borders, the Muslim world has been largely silent. In June 2020, the Trump Administration passed the Uighur Human Rights Policy Act, a federal law that has brought considerable international attention to human rights abuses. More recently, the US Senate passed legislation to ban the import of products from the Xinjiang region. When Western countries first mounted a challenge to China’s human rights abuses in 2019, 37 countries came to China’s defence including Pakistan and Saudi Arabia, as well as Qatar, the United Arab Emirates, and Syria. China’s growing and active influence at the United Nations is a major part of their silence, in addition to the benefits that billions of dollars in Chinese BRI investments bring across Western Asia.

The consequences of silence on the part of Muslim countries have yet to fully manifest. As they become more tied economically to Beijing, reactions akin to moral outrage are being muted by governments. If Erdogan’s Turkey has tempered its criticism of China—despite hosting a large Uighur population— its traditional voice of solidarity will soon disappear. Saudi Arabia has signed more than $70 billion in new deals with China and it remains highly influential over the Organisation of Islamic Cooperation (OIC), whose members have yet to criticise China despite overwhelming evidence. As Muslim countries shift their allegiances to Beijing, Uighur Muslims have legitimate fears that the religious ties that once bound their societies together are fading and that they will become targets no matter where they flee.

Mishra is a Research Fellow at the Indian Council of World Affairs in New Delhi, India. Cogan is Associate Professor of Peace and Conflict Studies at Kansai Gaidai University, based in Osaka, Japan