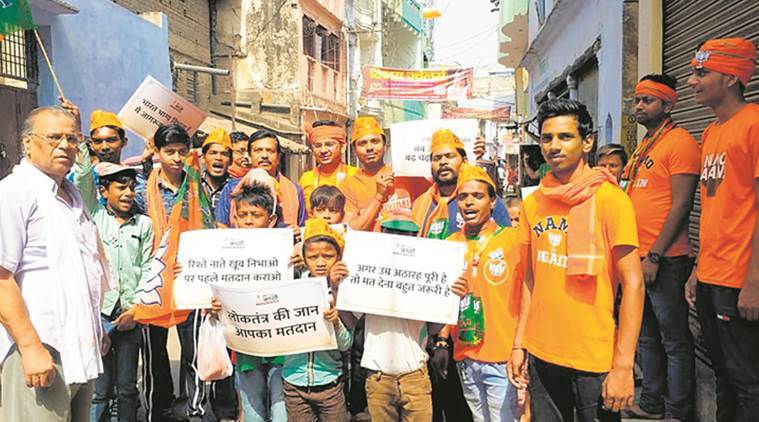 On May 23, as a long, bitter election season came to an end, it was also a wrap for thousands of political workers across the country, who had been working tirelessly for months, with no pay and little sleep. The Indian Express speaks to two workers from the two most keenly contested seats 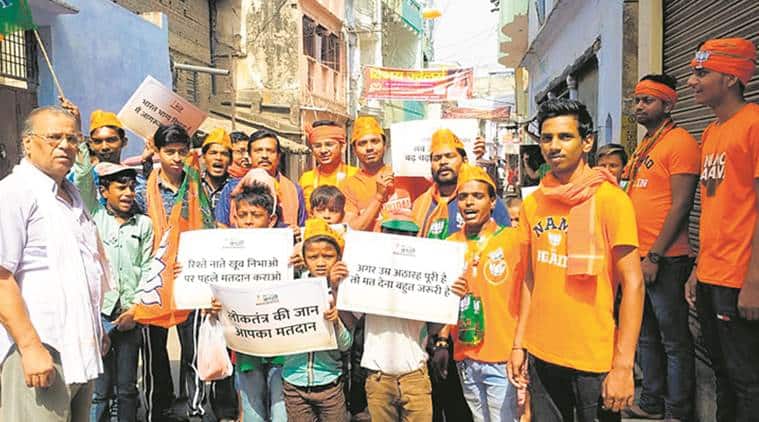 Early morning on May 23, Rahul Jaiswal put on a saffron kurta and rushed to a friend’s house, a little distance from the BJP’s Varanasi office. Several of his other friends, all dressed the same, had gathered there too. It was a big day for the group and they all sat glued to the television set through the morning. By 1 pm, it was clear that the BJP had swept the polls — Narendra Modi had won the Varanasi seat, and the party was leading in a large number of constituencies.

Soon, the celebrations began. “It was insane… Each of us had ordered around 2-3 kg of laddoos. The senior office-bearers had ordered another 10-15 kg each. We all knew Modi would win,” says Jaiswal, 28, who, after a brief stint with the Hindu Yuva Vahini, joined the BJP eight years ago.

The revelry continued through the day as Jaiswal and his friends joined the other workers at the BJP office and danced to drumbeats. Slogans of “Bharat Mata ki jai” and “Modi, Modi” rent the air, and the city was covered in saffron.

“All the hard work, the comments from my parents for coming home late every night… It all paid off. Modiji didn’t just win the seat, he has become Prime Minister with a greater majority,” he says.

While he says he can finally “relax”, the days leading up to the May 23 results were long and tough for Jaiswal and the over 15,000 BJP workers in Varanasi, who worked relentlessly for the party’s victory for months.

“The last 60-70 days, since elections were announced in early March, were intense,” says Jaiswal, who owns a Banarasi sari shop. His father and younger brother run a wholesale tea leaves shop, and two of his elder sisters are married. “I even shut my sari shop to devote more time to the party.”

Like the other BJP workers in the city, Jaiswal was assigned 20 voters at the beginning of the campaign. “The central office in Lucknow would make random calls to check what I was doing. I also had to send them photos of my meetings with people. I have got several such calls in the past two months,” he smiles.

As the campaign picked up, his days got longer, and with no remuneration for the job, he says, he ended up spending Rs 20,000 from his own pocket. “I would start at 7 am and then continue to meet people till 10-11 in the night, after which I had to report the day’s work to my seniors. Sometimes, I would reach home around 2 am and then have dinner. The lunch was always outside,” says Jaiswal.

There was no break from campaigning on weekends either. “In fact, there was more work on the weekends,” he says, with no regrets. “Hard work is all I can give the party.”

Since he joined the BJP, Jaiswal has campaigned for the party in every poll in Varanasi, including the 2014 general elections. “It’s mostly door-to-door interaction with people, where we discuss their problems and then take these up with the authorities,” he says. Compared to 2014, though, his job was much easier this time, he says. “Because of Modi’s good work”.

Amidst the campaign heat, there were days when he found himself getting “irritated”. “I was upset when my seniors scolded me. I thought, here I am, working for the party in exchange for nothing, and I have to hear such things. But the anger was momentary.”

At times, Jaiswal has also found himself in a spot when people sought favours from him. “Many of my friends call me when the traffic police stops them at signals. I make calls to get their vehicles released, but mostly my calls don’t work. That hurts,” he says.

Since Varanasi voted on May 19, in the last phase, he has got time to be with his family and rest, but that is only for a little while. “I have to work harder to make the party strong,” he says. BJP party workers in Varanasi do not have to report to their seniors till further orders.

Jaiswal has another plan too. “I want to get an MLA ticket from the BJP and win. The other parties are only about caste politics. I believe in the BJP’s principles and I know I will make a good MLA,” he says, returning to the celebrations at the BJP office. A day before the election results, on May 22, Prashant Tripathi was busy preparing for Rahul Gandhi’s victory at the  Congress office in Amethi. About 50 chairs were arranged in rows under a tent for visitors and a cooler placed nearby. Inside the office, several white mattresses were spread out on the floor.

“We want to keep the celebrations low-key. We don’t want to mock anyone,” said Tripathi, a 38-year-old Congress worker.

Later, as a few workers took a break for lunch, Tripathi stepped out for a smoke. At the paan shop, owner Sanjay Tiwari said, “Congress workers in Amethi do not work as hard as the BJP workers, who go door-to-door and try to reach every single voter.”

Tripathi, who joined the Congress 18 years ago, smiled and nodded at the 48-year-old. “It is true to some extent,” he said, adding, “We are very confident that Rahulji will win, but that does not mean we do not work.”

Twenty-four hours later, for the first time in 20 years, the BJP breached the Gandhi bastion, with Smriti Irani defeating Rahul by over 55,000 votes in Amethi.

“It was unexpected,” exclaims Tripathi. “I still do not know how I feel about it. We will fight harder next time.”

Tripathi, who has been fighting hard for the past four months, putting his wall construction business on hold, and spending little time at home, knows it will be a long haul. “I was always busy meeting people, listening to their problems, distributing pamphlets. My three-year-old daughter thought I didn’t live at home,” he smiles.

Before the voting in Amethi on May 6, Tripathi would leave his house at 7 am and return post midnight. “But the nearly 4,000 Congress workers in Amethi were not forced to do anything. We believed in Rahul and Priyanka Gandhi,” says Tripathi, who holds a Masters’ degree from Ram Manohar Lohia Awadh University in Faizabad.

Does he have any political ambition? “I can never fight from Amethi for a Lok Sabha seat. That would be disrespecting Rahul Gandhi. I have met him a few times. He is a humble person,” he says, going on to show a picture of Gandhi with him.

After a brief pause, he adds, “May be I can be an MLA. But I will still be a loyal party worker. The Congress party makes us feel that we are part of something important.”

But those plans can wait for now, as after months of campaigning Tripathi just wants to “relax, get back to my business and spend time with family”. On the constituency’s new MP, he says, “Only Rahul Gandhi is Amethi’s MP.”