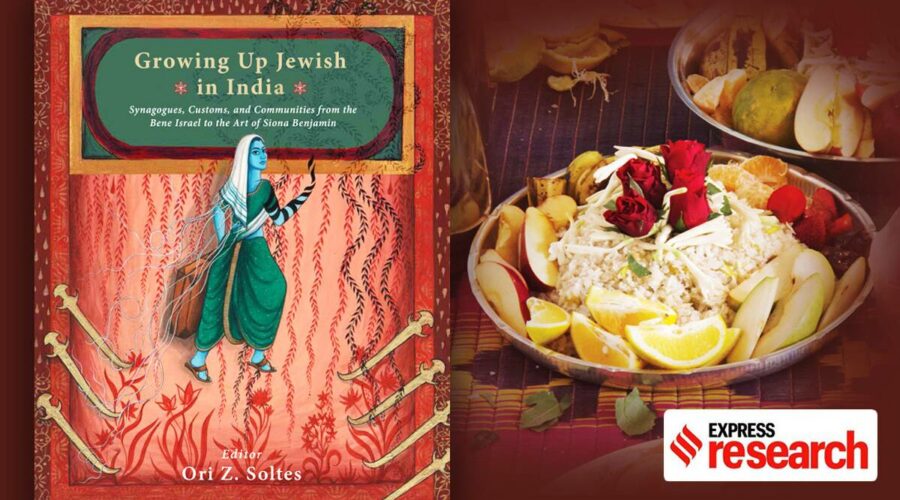 What really stands out in Ori Z. Soltes’ book are the handful mentions of the Jewish community’s unique culinary traditions that don’t often find mention in reporting on the community.

A compilation of the histories of three main Indian Jewish communities—the Bene Israel, Baghdadi and Cochini— Ori Z. Soltes’ book ‘Growing up Jewish in India’, published by Niyogi books is a well-researched text with contributions from three other authors who help construct the story from various perspectives. But what really stands out in the book, set to come out in December, are the handful mentions of the community’s unique culinary traditions that don’t often find mention in reporting on the community.

The book begins by delving into the history of the Bene Israel and their customs and traditions, of which one of the most fascinating is the malida ceremony, which Zoltes’ writes is unique to the Bene Israel of India. This “accompanies virtually every rite of passage and important occasion, and which combines a series of prayers….together with the passing around of sweet foods (malida) to those present at the ceremony.”

“The most obviously distinct gastronomy for the Bene Israel Jews is the Malida platter—not to be confused by a different sweet dessert that goes by that name in northern India and Afghanistan—that is part of virtually every celebration,” Zoltes told indianexpress.com. The Malida is not very well-known outside the community and rarely does it find mention in the many articles and reports on the subject.

It is not clear when the Malida became an important part of rituals but Zoltes says it emerged “because members of the community were consistently invited to celebrations by their Muslim and Hindu neighbours, and each of these groups had distinctive dishes that they brought–lilterally–to the table”. Zoltes describes the Malida as a dish that typically consists of at least five different kinds of fruit, with a plate of rice, cooked in coconut milk, and coconut flakes, and sometimes sprinkled with sesame seeds. At times the platter comes adorned with a lotus.

“Tradition asserts that, when in the 16th century much of the Bene Israel community was living in Alibag, and would participate with their Hindu and Muslim neighbors in each other’s celebrations, the Bene Israel lacked a specific dessert-like food to contribute to the feasts, and traders within the community came up with this combination of edibles derived in part from their travels,” he writes in a footnote, tucked between the pages of this book. “The Bene Israel leaders felt that they needed to develop something unique, and since there was a critical mass of traders and travellers within their community, they were able to obtain diverse and sometimes unusual fruits to put together into a new dish,” Zoltes tells indianexpress.com.

In his book, Zoltes provides some fascinating insight into wedding traditions of the Bene Israel community, one of the many occasions where the Malida plays an important role. “In the malida that accompanies the mehndi ceremony that precedes a wedding….fruit from the plate is wrapped in the upper edge of the bride’s sari, placed near her belly, to assure her fertility,” he writes. 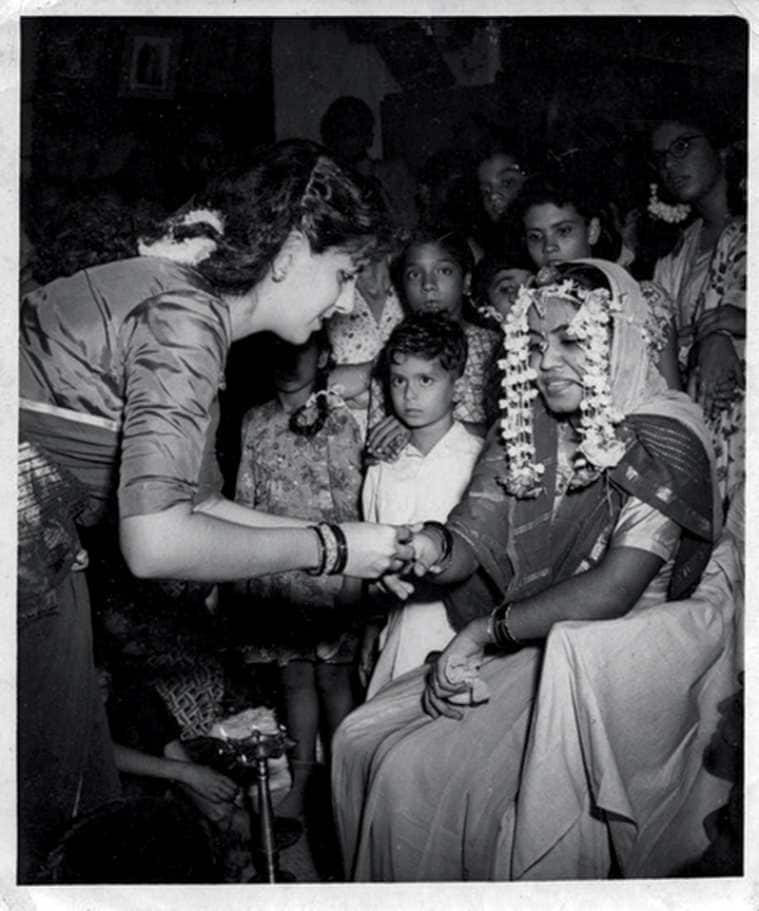 The Malida finds mention again in the chapter ‘How I Gradually Turned Blue and Other Stories I Remember Growing up Jewish in India’, where India-American artist Siona Benjamin recalls growing up in Bombay. “I still recall the fragrant smell of the Malida platter, made from flattened sweetened rice and dried fruits…Coconuts and dates were also part of the Malida platter as they are fruits of the desert, making us remember the land of Israel. Other fruits also decorated the platter and after the prayers the womenfolk in my family would serve us this delicious Malida,” Benjamin writes.

The book’s contributors tell the story of this dish from their own perspectives, each providing fascinating anecdotes that help readers unfamiliar with it understand it a bit more. How deeply this dish is connected to the Bene Israel community in India is best explained in footnote by Soltes: “This additionally underscores the idea within the Bene Israel world of the past 70 years that they have two homelands: India is the motherland and Israel is the fatherland. The classic contents of the malida platter are poha (flattened rice), sugar, five (sometimes seven) kinds of dried fruits, as well as raisins and almonds, and shredded coconut—often garnished with flower petals.”

“The malida dish came to have a specific association with Elijah (the prophet), in part because of the tradition that asserts that the rock from which he ascended to heaven in that fiery chariot was in Alibag (and still bears the marks of the chariot wheels),” Soltes writes.

The book has anecdotes about culinary traditions that were unique to the Jewish Indian community, a result of settling down in the country and adapting to what was available to them, in the process, making it uniquely their own. Benjamin writes about her family following kashrut—Jewish dietary laws—in India, much like other families in the community, that resulted in the incorporation of coconut milk or freshly grated coconut in most of their cooking because “the food and curries (that she recalls eating) were mostly made by mixing milk and meat”.

In addition to the community’s culinary traditions, their synagogues across the country provide some insight into architectural traditions and how these structures were really a combination of the local design styles in place and something uniquely the community’s own. In this book, Orna Eliyahu-Oron and Barbara C. Johnson, who have conducted research on the Jews of Kerala, focus on the synagogues in the state. “When most of the ‘Cochin’ Jews from Kerala moved to Israel in the mid-1950s they left behind their eight beloved synagogues.”

The authors write that a distinguishing feature of synagogues in Kerala were the use of teak for building beams as well as carvings, one that is not visible in other synagogues across the country. “In considering the Judapalli (Jewish Church) building style in general, we speculate that each Kerala synagogue was originally part of a walled complex containing at least three structures: the gatehouse or entrance building and the main synagogue building, connected by a breezeway,” the authors write. 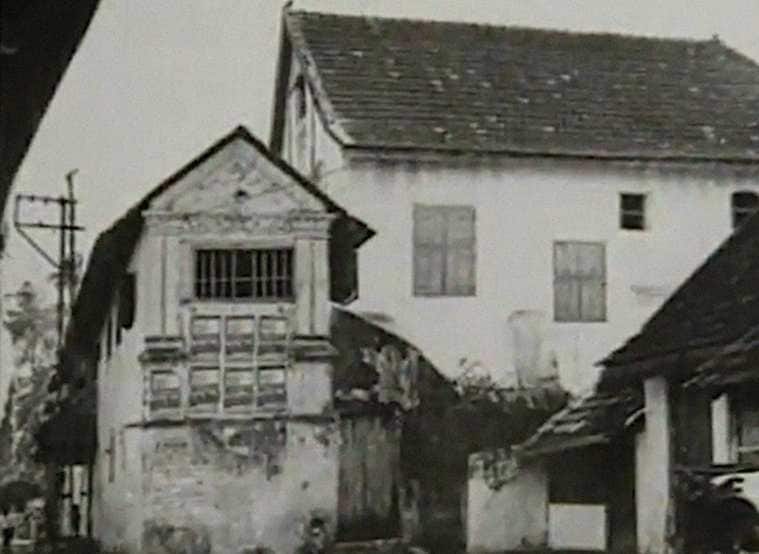 The bimah in Ashkenazi synagogues and the Sephardic Hebrew tevah are called the ‘tebah’ in Kerala, the authors explain. “An architectural feature unique to Kerala synagogues is a second tebah.”

Also read: Here is everything you need to know about Indian Jews

So much has already been written about the Jewish community in India, that it is perhaps understandable why some of the oldest members of the community tell journalists that they have nothing more to add. Yet, a reading of this text throws up so many fascinating insights, new to even the most deeply interested outsider. Perhaps we just haven’t been asking the community elders the right questions.