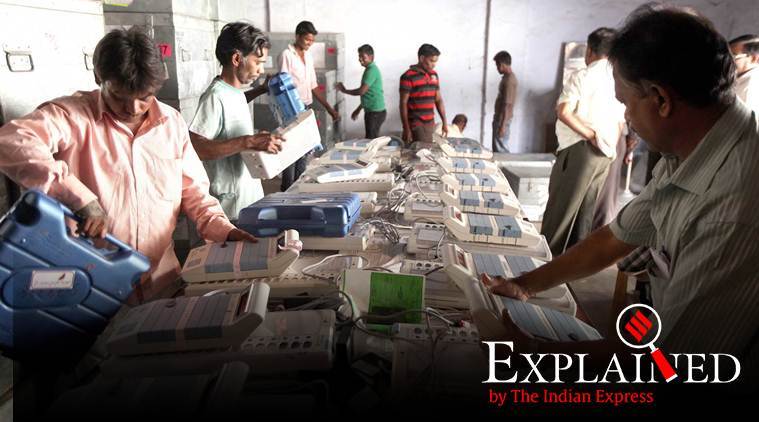 Amid controversy over the movement of EVMs, a look at the EC procedures for storing these machines, commissioning them for polls, and how they travel from the strong room to the poll booth and back. 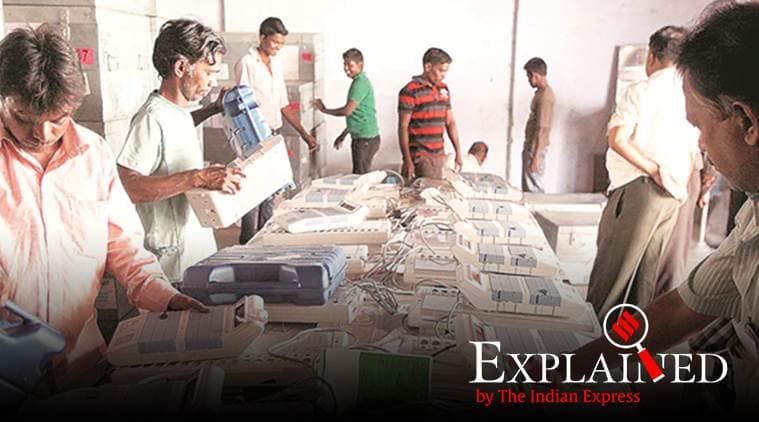 AHEAD OF counting of votes for the Lok Sabha elections, the security of electronic voting machines has become the centre of controversy. On Tuesday, 22 Opposition parties approached the Election Commission over reports of supposedly suspicious EVM movements, while the EC dismissed allegations of EVMs being switched. A look at the arrangements made by the EC to secure the journey of an EVM from the strong room to the polling station and back:

An Expert Explains: Why hacking EVMs are tough and defy science

All available EVMs in a district are normally stored in a treasury or a warehouse under the direct control of the District Electoral Officer (DEO). Exceptions can be made in case of unavailability of storage space, but the designated treasury or warehouse should not be below the level of tehsil. The warehouse is secured by a double lock, guarded round the clock by policemen or security guards, and is also under CCTV surveillance. During a non-election period, EVMs cannot be moved out of the warehouse without specific instructions from the Election Commission. The first-level check of the EVMs by engineers is done here, in the presence of representatives of political parties.

Here, the second round of randomisation takes place. EVMs are commissioned to specific polling stations in the presence of party representatives. In fact, candidates are advised by the EC to share the machine numbers with their respective polling agents so that they can verify these before polling begins. 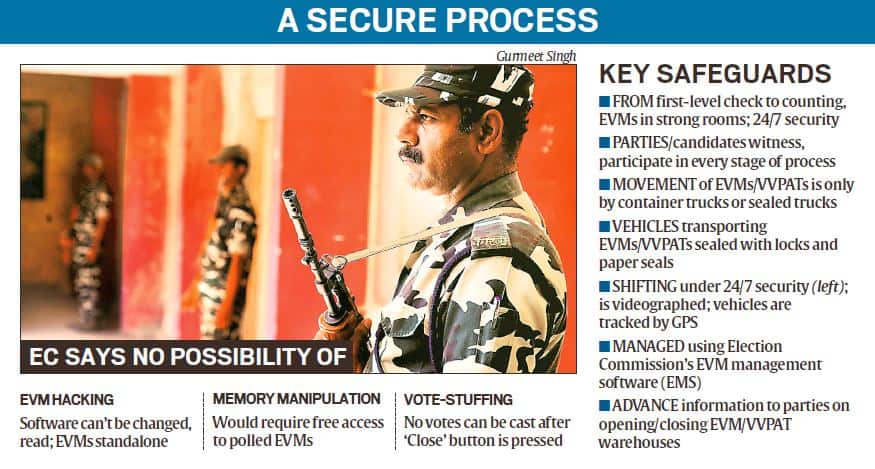 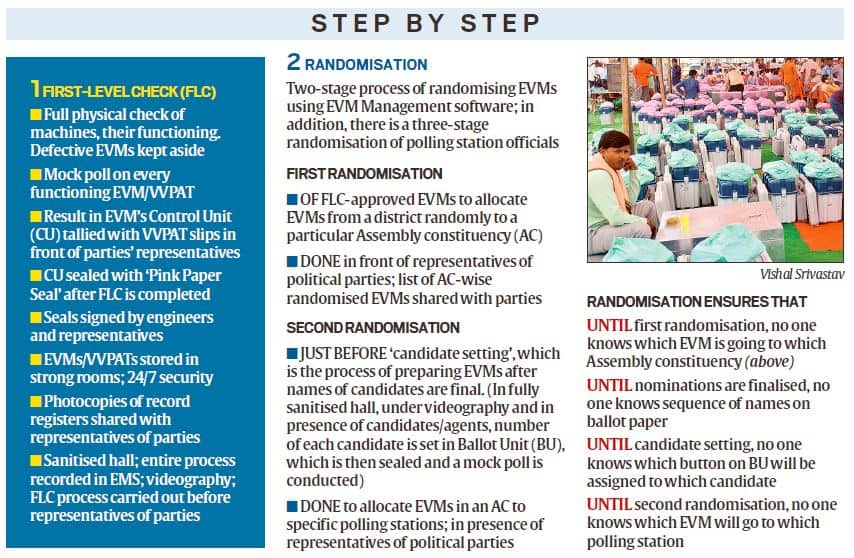 After all machines are prepared with the setting of candidates and fixing of ballot papers, and then commissioned, the strong room is sealed in the presence of party representatives who can, if they wish, also put their own seal on the locks. The strong room is guarded round the clock under the charge of a senior police officer, not below the rank of a Deputy Superintendent of Police. It can also be guarded by central police forces, wherever possible.

Once sealed, the strong room can only be opened on a fixed date and time when the machines have to handed over to the polling parties to be delivered to their designated polling stations. All candidates and their election agents are informed beforehand about the date and time of opening of the strong rooms.

Apart from the machines allocated to specific polling stations, some reserve EVMs are also taken from the strong rooms and stored in a central place in the Assembly segment, so that defective machines can be replaced with as little delay as possible.

This year, in view of last year’s controversy over the movement and storage of unused EVMs during the Madhya Pradesh Assembly elections, polled and unused machines are being transported only in GPS-enabled vehicles so that their movement can be tracked by the DEO and CEO.

From booth back to strong room

Once voting ends, EVM are not dispatched to the strong rooms right away. The Presiding Officer is required to prepare an account of votes recorded in the machines. An attested copy of this is provided to each candidate’s polling agent. After this, the EVM is sealed. Candidates and their agents are allowed to put their signatures on the seals, which they can check for any signs of tampering. Candidates or their representatives travel behind vehicles carrying EVMs from the polling station to the strong room, preferably located close to the counting centre.

Reserve EVMs should also be returned at the same time when the polled EVMs are returned. Once all used EVMs have arrived, the strong room is sealed and the candidate or her representative is permitted to put their own seals or locks as well. They are also allowed to keep a watch on the strong rooms round the clock.

Once sealed, the strong room cannot be opened until the morning of counting day. If the strong room has to opened before that for an unavoidable reason, it can only be done in the presence of the candidate or his representative, who will be allowed to put their seals or locks again after the room is closed.

Security forces are deployed in three layers around storage rooms with Central Armed Police Forces guarding the inner ring. On the day of the results, counting begins only after the candidate or her polling agent has checked the machine number and whether the seal is unbroken.