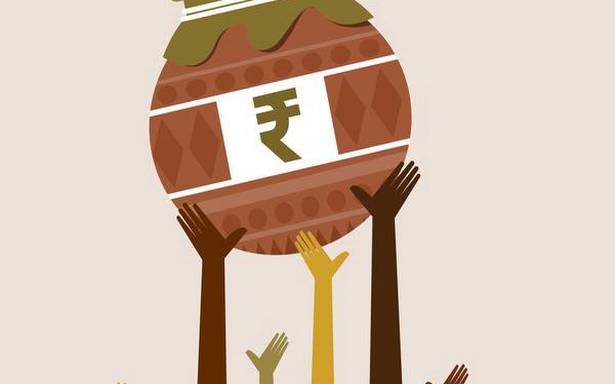 Far from pushing for social and economic equality, the state is fanning systems and principles to strengthen the divide

The journey of this inequality over time reveals that “socialist-inspired Five Year plans contributed” to reducing the share of the top 10% who had 50% of the income under colonial rule, to 35%-40% in the early decades after Independence. However, since the mid-1980s, deregulation and liberalisation policies have led to “one of the most extreme increases in income and wealth inequality observed in the world”. While the top 1% has majorly profited from economic reforms, growth among low- and middle-income groups has been relatively slow, and poverty has persisted.

In recent years, on the economic front, India, post-2014, seems to have got into a phase of an even greater reliance on big business and privatisation to fix economics and the result has been to beget even more inequality. The latest World Inequality Report firmly concludes that the “bottom 50% share has gone down to 13%. India stands out as a poor and very unequal country, with an affluent elite”.

But beyond all this, what bears emphasis is the observation by Aunindyo Chakravarty, in The Tribune, about what was happening to the income of the bottom 50% in India since 1951. This grew at the rate of 2.2% per year between 1951 and 1981, but what is telling is that “the growth rate remained exactly the same over the past 40 years”. This makes it clear that irrespective of the economics or politics at play, the state of the bottom half of India barely changed, with an abysmal rate of income growth. That inequality in terms of the immobility of those at the bottom (at least one half of India) stood, irrespective of the economic policies adopted, is an irrefutable fact. It was because of the social conditions and constraints in India.

Clearly, the very social structure that underpinned India, encouraged and fanned this inequality. Plenty changed after India’s Constitution was adopted. In the Nehruvian years — and after that too — a bid was made to battle the basic absence of social democracy in India, but it remained confined to States and regions. Therefore, one sees a little more mobility and well-being in States such as Tamil Nadu and Kerala. Parts of Karnataka and Andhra also recorded attempts at smashing social structures that had pushed those at the bottom to a life in perpetual poverty and deprivation, and those attempts showed in better economic prospects. So, beyond these economic policies which have been fanning inequality, it is the ruling party tying faith directly into politics and backing of old social structures – far from getting rid of them, strengthening them each day – that should set alarm bells ringing. The linkages between our social structures and income inequality and poverty must be faced up to.

Globally, the economic transformation of people and particularly the lessening of inequality has never happened unless socially regressive mores have been challenged. Path-breaking research across 106 countries in 2018 tackled the elephant in the room when researchers from the Universities of Bristol in the U.K. and Tennessee in the U.S. used data from the World Values Survey to get a measure of the importance of religion spanning the entire 20th century (1900 to 2000) and found “that secularisation precedes economic development”.

Furthermore, the findings show that secularisation only predicts future economic development when it is accompanied by a respect and tolerance for individual rights. That can only happen when beyond sufferance of diversity or tolerance, a society is able to see all shades of humans, of varying castes, creeds, faith, colour, gender and choices as equal. The central aspect of secularisation is delinking of religion from public life. It leads to respect for each citizen irrespective of their faith and for science and rationalism. This is clear from the European experience over centuries or of Asian countries such as China, Vietnam, South Korea and others — the old social structures need to be smashed and not resurrected.

‘One size nation’ is flawed

The rapid movement of India in the reverse direction of secularisation, with the Union government’s now-stated policy to prioritise members of one religion and one language, has severe economic consequences too and the widening income inequality only reflects that. The quick descent into a ‘One size nation’, does not fit its many diversities. The avenues available for all kinds of citizens to make a life, informal if not formal, is deeply inhibited by India’s social fabric being torn by the Government’s new priorities and policies. Far from pushing for social and economic equality, which can be done by dismantling old shibboleths in which India’s rank social and economic inequalities are anchored, the state is now fanning systems and principles to further them. This fundamentally distorts the hard wiring that had made modern India possible.

B.R. Ambedkar had issued a grim warning in 1949 that if we continue to deny social and economic inequality for long, we could “blow up the structure of political democracy”. We risk much more. There is no ‘destiny’ of nations foretold. Choices are made and destinies created. By choosing to reverse the idea of modernisation, linking religion firmly into the public sphere, trying to unmake the modernity India had tried to set for itself as an ideal, we may be already setting ourselves on a narrow path which ends in places that scores of nations in the world and several in our neighbourhood have already arrived at, only to their peril and dismay.

Seema Chishti is a journalist-writer based in Delhi