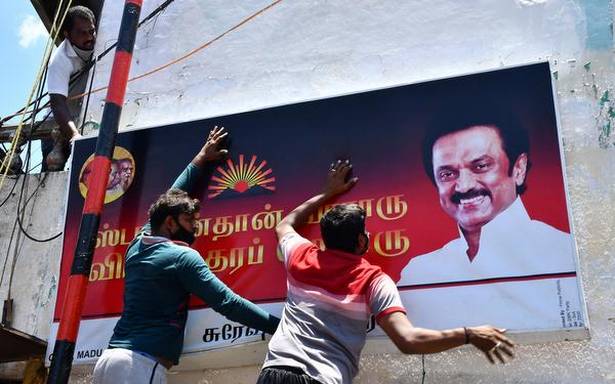 Dalits, minorities and upper castes played a major role in the alliance’s victory

With the DMK-led alliance winning a two-thirds majority in Tamil Nadu, it may be useful to look at the caste calculus in the recently concluded Assembly election. The post-poll survey shows that the support of Dalits, minorities and upper castes played a major role in helping the DMK alliance win.

Dominant backward castes offered only lukewarm support to the DMK alliance. In southern Tamil Nadu, a majority of the Thevar vote (55%) was won by the AIADMK alliance, with only two of every 10 voters supporting the DMK-led front (19%).In the north, the AIADMK alliance, along with the Pattali Makkal Katchi (PMK), secured a majority (54%) of Vanniyar votes. Parts of northern Tamil Nadu also saw a polarisation of the Mudaliar and Vanniyar votes in AIADMK alliance’s favour. However, for both social groups, it was not a sweep for the AIADMK, as the DMK coalition got at least four out of every 10 votes.

The Dalit vote for the DMK-led coalition helped them consolidate in the north and offset the loss of the Vanniyar and Mudaliar support. In the west, the Gounder vote was firmly with the AIADMK front (59%). Here, the support of Arunthathiyar Dalits (68%), for the DMK alliance helped it garner votes and slash the winning margins for the AIADMK front. The support of the Nadars, the Devendrakula Velalars, and Christians helped the DMK-led coalition in the South.