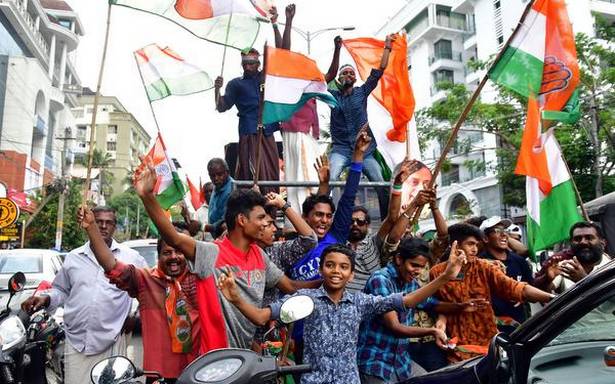 Strikes a chord with the youth and minority communities

The political churn that the State witnessed over the contentious Sabarimala issue played a key role in Shashi Tharoor’s hat-trick of victories from the Thiruvananthapuram Lok Sabha constituency in the face of several adversities.

The outcome could also be attributed to the consolidation of votes by minority communities.

With the Bharatiya Janata Party (BJP) resorting to violence in the issue of women’s entry in Sabarimala, and the Left Democratic Front (LDF) government failing to prevent untoward incidents, the Congress was perceived by large sections of the majority community as a better alternative to protect their faith.

Besides, National Democratic Alliance (NDA) candidate Kummanam Rajasekharan’s image as an advocate of hardcore Hindutva also worked in Dr. Tharoor’s favour as it prompted minority sections to vote for him.

However, his campaign was not bereft of adversities. His chances were imperiled allegedly by a non-cooperative stance adopted by a section of Congress workers, which finally required the intervention of the party’s central leadership.

Moreover, his campaign appeared to have lost momentum in its final phase after a mishap that rendered him indisposed for a few days.

With his third consecutive victory, Dr. Tharoor appears to have put to rest criticisms of being an “outsider” in the political scenario.

During a recent interview with The Hindu, the parliamentarian admitted to have faced much resentment within the party for having apparently taken something many had worked hard for.

“But, 10 years down the road, there’s so much unanimity in the party that no other candidate was proposed from the constituency,” he had said.

The persona of a multi-faceted “global citizen” who is also an acclaimed writer, orator and intellectual, along with his constant connect with the public on social media, also struck a chord with many, particularly the young voters.