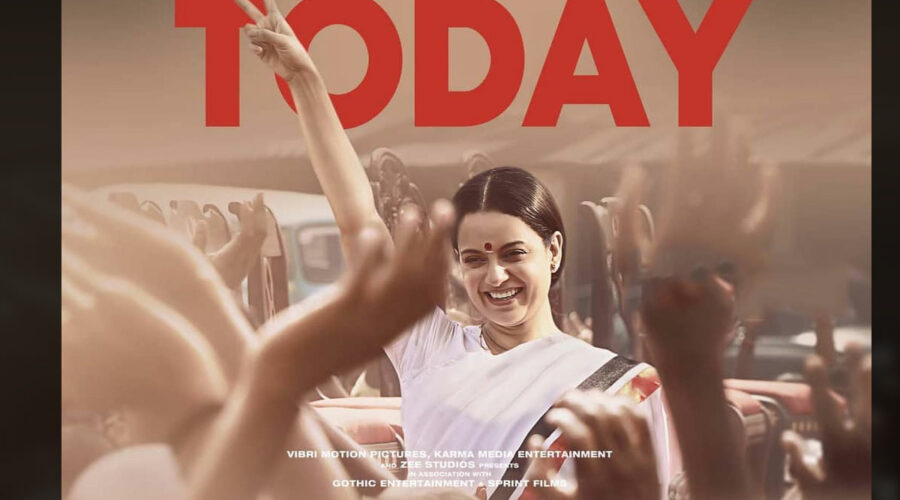 Thalaivii Movie Review: Kangana Ranaut and Arvind Swami starrer Thalaivii which is all about the journey of former actress and late chief Minister of Tamil Nadu J Jayalalithaa, has hit the theaters today on 10th September. Let’s see the story of Thalaivii.

Story: Jayalalithaa (Kangana Ranaut) agrees to act in the movies upon her mother’s (Bhagyashree) insistence.   She plays the female lead opposite Tamil actor MG Ramachandran (Arvind Swami) in her maiden film and she develops a strong bond with him.  MJ Ramachandran lures her into politics, a place that she hates, but she still excels in it.  She earns the moniker Amma and rises in politics. But after the demise of MGR, she faces humiliation within the party and even from the opposition party  which is headed by Karunanidhi (Nasser).

Performance: Kangana Ranaut wins the heart of movie lovers with her performance. She  keeps the viewers hooked right from the beginning of the film, where she is molested and thrown out of the Tamil Nadu assembly to go to her past as an actress.   Though  the movie  belongs to Kangana Ranaut,  but Arvind Swami steals the show with his terrific act. Raj Arjun in the role of the man who cannot stand Jayalalithaa’s proximity to his leader looks good. Madhoo (MGR’s wife), Bhagyashree (Jayalalithaa’s mother) and Poorna (Jaya’s aide Sasikala) are wasted.  Rest of the cast of Jayalalithaa justify with their roles.

Technical:  The main highlight of Thalaivii is the chemistry between Arvind Swamy and Kangana Ranaut, which  the director A L Vijay weaves so well.   The dialogues in each scene is a class apart.  And this credit goes to the dialogue Writer Rajat Arora and Writer K V Vijayendra Prasad. The second half that explores Jayalalithaa’ political journey is the backbone of the film.  Kangana Ranaut’ voice dubbed by two different voice actors that creates confusion. GV Prakash Kumar’ background score is one of the major highlights  and he elevates a few routine scenes with his score. However,  the songs fail to manage to create a lasting impression. Cinematography by Vishal Vittal  is impressive. The production values are good.

Analysis: Thalaivii is all about Jayalalithaa’s illustrious journey  who was a strong-willed, irrepressible woman who rose to power in a predominantly man’s world and went on to reign untrammelled over a party and a state for an extended period of time.