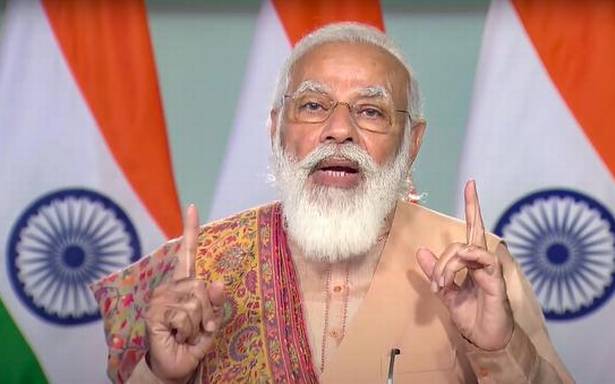 Asserting that terrorism is the “biggest problem” facing the world, Prime Minister Narendra Modi on Tuesday said there was a need to ensure that countries supporting and assisting terrorists are held guilty, in an oblique reference to Pakistan.

Addressing the summit of the five-nation grouping BRICS via videoconferencing, the Prime Minister also said there was a need to tackle the problem of terrorism in an organised manner.

“Terrorism is the biggest problem the world is facing. We have to ensure that the countries that support and assist the terrorists are also held guilty,” the prime minister said. Though, Mr Modi did not name any country, his reference is seen as directed at Pakistan.

The BRICS (Brazil-Russia-India-China-South Africa) is known as an influential bloc that represents over 3.6 billion people, or half of the world’s population. The BRICS countries have a combined GDP of $16.6 trillion.

In his address, Mr Modi also underlined the need for reform of the United Nations Security Council as well as multilateral bodies like the World Trade Organisation and the International Monetary Fund.

Talking about the COVID-19 crisis, Mr Modi said India’s vaccine production and delivery capabilities will work in the interest of humanity.

The Prime Minister also highlighted reform initiatives undertaken by his government under the ‘self-reliant India’ campaign.

“We have started a comprehensive reform process under the ‘Self-reliant India’ campaign. The campaign is based on the belief that a self-reliant and resilient India post-COVID can be a force multiplier for the global economy and make a strong contribution to the global value chains,” he said.