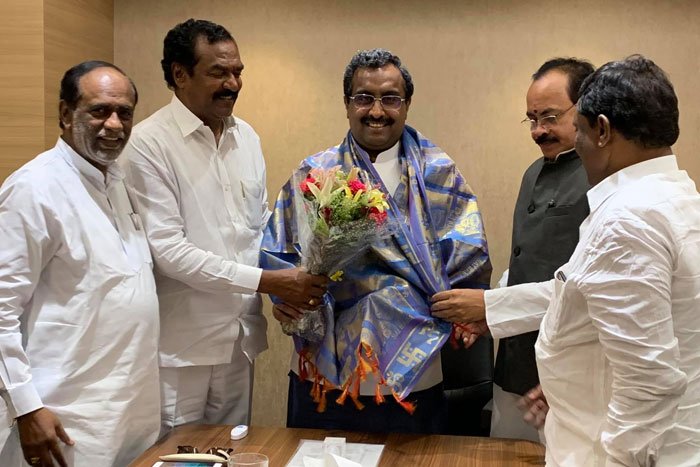 Looks like the Telangana Telugu Desam is going to be get empty in the coming few days as leaders who are there from the party’s inception are now looking at other parties. TTDP Leaders Peddi Reddy, Chada Suresh Reddy have met BJP leaders in New Delhi and this led to a speculation that these leaders are soon going to be bid good bye to TDP.

Peddi Reddy and Chada met BJP’s Ram Madhav and Telangana BJP leader Lakshman was also present in this meeting. The TTDP leaders congratulated the BJP leaders on forming the new government in the national capital. Following this meeting, BJP leaders have made statements that soon Telangana BJP will see a lot of inflow of leaders.

However, contrary to the remarks of BJP leaders, Peddi Reddy rubbished reports that he is not joining any party. Condemning the reports, Peddi Reddy said he met Ram Madhav and other BJP leaders as courtesy on forming government for the second time. Peddi Reddy is said to be ardent follower of TDP and Chandrababu Naidu.