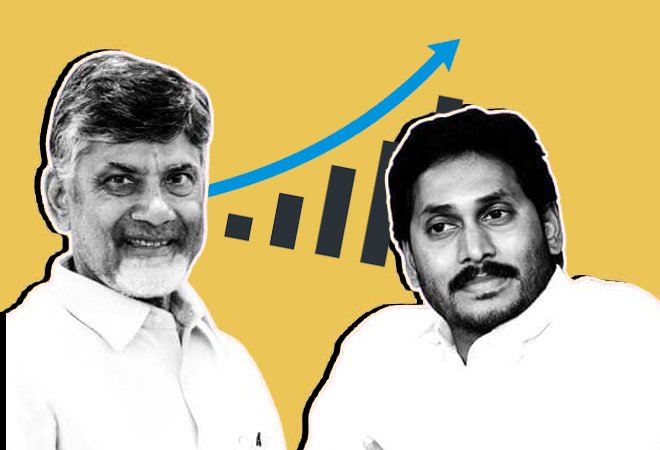 The Indian markets are trying to make new highs everyday, since the day Narendra Modi received a solid mandate for his second term. Regardless of global developments, Nifty and Sensex are on their way to move above 12,000 and 40,000 mark comfortably. But, the change of Andhra government has influenced the share price of some listed companies on Friday, including the firms belonging to the TDP and YSRCP leaders.

NCC (Nagarjuna Construction Company) share value fell as much as a record 16.35% on NSE, a day after YS Jagan Mohan Reddy took charge as new CM of AP and announced that he would reverse all the existing contracts given by the previous TDP government and will invite fresh bids. The company may lose 6100 Cr worth of works if Jagan decides to cancel all their works.

While Heritage Foods fell by 2.38% of NSE, TDP MP Galla Jayadev’s Amara Raja Batteries is down by 0.91%. Also, the stocks with which the TDP leaders associated, Anjani Cements and Kakatiya Cements are down by 2.23% and 4.19% respectively.

At the same time, Ramky group’s Ayodhya Rami Reddy is closely associated to YSR’s family and his family members also were elected as public representatives. Ramky Infra, on Friday, made a went up by 5.34%. And, T Subbirami Reddy’s Gayathri Projects gained by 4.97%.

The change of government in AP has called for a big debate in Dalaal street and stocks of Telugu Desham Party leaders faced the selling pressure, while investors gave a huge thumbs up to firms that are close with YCP’s top brass.