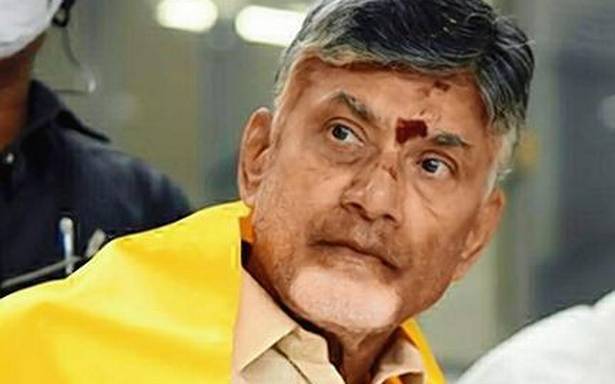 Mr. Naidu has said the law-and-order situation in Andhra Pradesh is appalling

The Telugu Desam Party (TDP) National President N. Chandrababu Naidu wrote a letter to the Director General of Police (DGP) Gautam Sawang conduct a transparent inquiry into recce conducted near the house of TDP leader Vangaveeti Radha with an intention to kill him.

Mr. Naidu, in the letter dated December 29, said the law-and-order situation in Andhra Pradesh is appalling. The latest target in the series of threats to life seems to be Mr. Radha, TDP leader from Vijayawada. As stated by Mr. Radha, a group of people have been observing and following him primarily conducting recce to attack him. "Such illegal acts carried out during broad daylight, points out to the fact about the reign of jungle and goonda raj in Andhra Pradesh," he said.

It is pertinent to conduct the inquiry in a transparent manner and ensure that the culprits are punished. Such incidents are time and again repeated as no serious action has been taken on the earlier unlawful and violent incidents. The Government will be held responsible in the event of any harm or attack against Mr. Radha, he said, adding, "Only a stringent action after thorough inquiry against the culprits would ensure that the fundamental rights are safeguarded in the State from goonda raj."