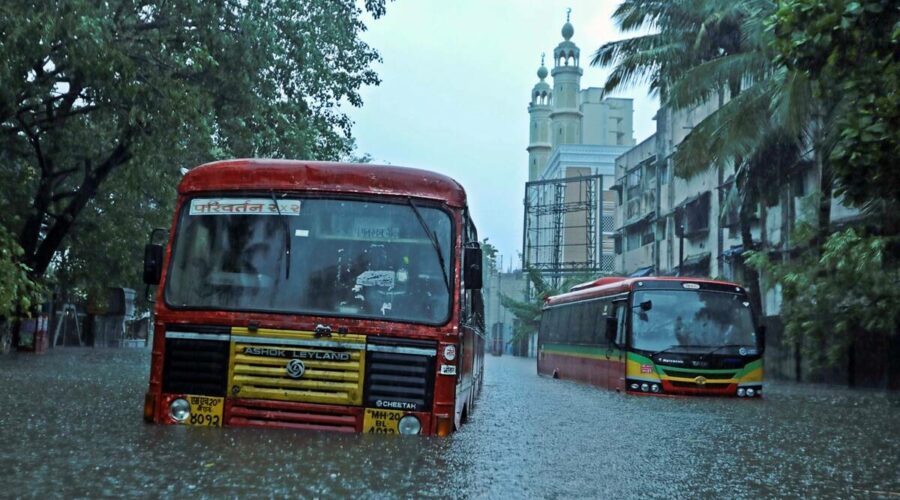 The intensity of Tauktae had reduced to ‘Cyclonic Storm’ by Tuesday and is likely to further weaken into a deep depression by Tuesday night.

Gusty winds reaching up to 114 km/hour and extremely heavy rain was recorded in Mumbai on Monday as Cyclone Tauktae rapidly intensified on Sunday and was classified as an “extremely severe cyclonic storm” (ESCS), which has a wind range of 166-221 kmph. Tauktae made landfall in southern Gujarat on Monday night.

On Tuesday, a partly cloudy sky was witnessed in Mumbai city and suburbs, with no rain reported. Ratnagiri recorded light rain at 0.3 mm.

On Monday the city experienced its wettest ever day in the peak summer month of May. The Santacruz observatory recorded 230 mm in 24 hours ending at 8.30 am on Tuesday. The previous 24-hour rainfall record for May was 190 mm (in 2000). Likewise, the Colaba observatory recorded 207 mm in the same time period, breaking the existing record of 190.8mm (2000) on Monday. Both fall under the extremely heavy rain category.

Rainfall records maintained by the IMD between 2011 and 2021 state that both Colaba and Santacruz observatories recorded rainfall in May only once in 2017 (3 mm).

05/18/2021 India Comments Off on Tauktae effect: Mumbai records wettest day in May
India