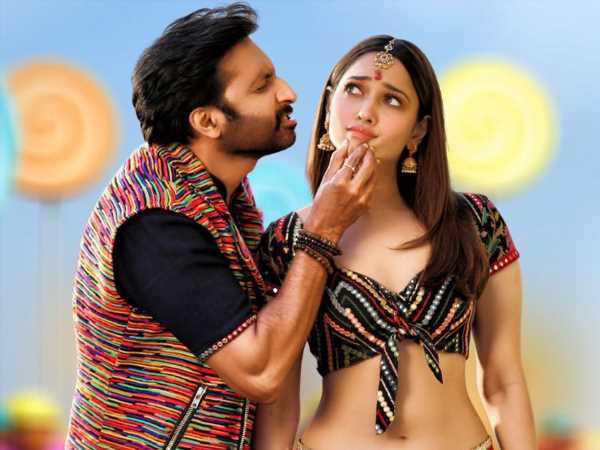 Tollywood macho star Gopichand and milky siren Tamannah Bhatia starrer sport based drama Seetimaarr was one of the much awaited movies of Telugu film industry which arrived at the theaters on 10th September 2021. On its release day, the movie which is helmed by Sampath Nandi, received positive response by the movie lovers and the critics. Now according to the latest report, Gopichand and Sampath Nandi’ film Seetimaarr has become the latest victim of piracy as the full movie has been leaked on the Internet and is available for the free download.

Seetimaarr has been leaked on Tamilrockers and other piracy based websites including Movierulz and  Telegrams.

Gopichand and Tamannah Bhatia are playing the roles of Kabaddi team coaches of women’s Andhra and Telangana Kabaddi teams respectively. Produced by Srinivasa Chitturi,   the movie also has Digangana Suryawanshi  in the crucial roles while Mani Sharma is composing the music. ‘Seetimaar’ will be Sampath Nandi’s s 2nd film with Gopichand after ‘Goutham Nandi’ and third film with Tamanna  Bhatia after ‘Racha’ and ‘Bengal Tiger’.

Not only Seetimaarr, other movies like SR Kalyana Mandapam, Paagal, and Ishq were also leaked online. Well, the sudden leak of Seetimaarr might affect the box office collections of Gopichand and Tamannah Bhatia starrer.