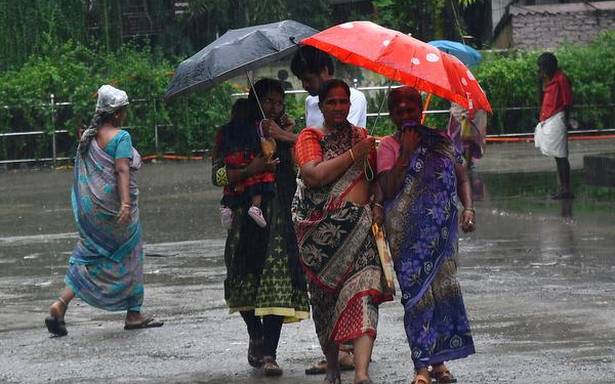 Following incessant rains, many districts in Tamil Nadu have declared a holiday for educational institutions on November 18 and 19

Intermittent rain lashed many places in and around Chennai on November 18 as the depression over the southwest Bay of Bengal moved closer inland. The IMD withdrew the red alert for Chennai and surrounding districts as there were slim chances of extremely heavy rain. However, an orange alert, indicating heavy to very heavy rain, has been issued for Chennai and neighbouring districts as the system may cross between Puducherry and Chennai in the early hours of November 19.

Rains pounded parts of Puducherry and Cuddalore during the time of crossing. Puducherry received a very heavy rainfall of 19 cm; Cuddalore (14 cm); Ranipet (11cm) and Tiruvannamalai (10 cm), Krishnagiri (8 cm) too recorded heavy rains till 6 am.

In Chennai, Meenambakkam and Nungambakkam received moderate rains of 5 cm and 4 cm respectively till Friday morning.

The depression over southwest Bay of Bengal crossed north Tamilnadu and south Andhra Pradesh coasts between Puducherry and Chennai between 3 a.m.-4 a.m. on Friday.

S.Balachandran, Deputy Director General of Meteorology, Chennai, said the weather system began crossing the coast around 1.30 a.m. on Friday and completely crossed by 4 a.m. It now lies over north Tamil Nadu. It may move further west-northwestwards and weaken gradually.