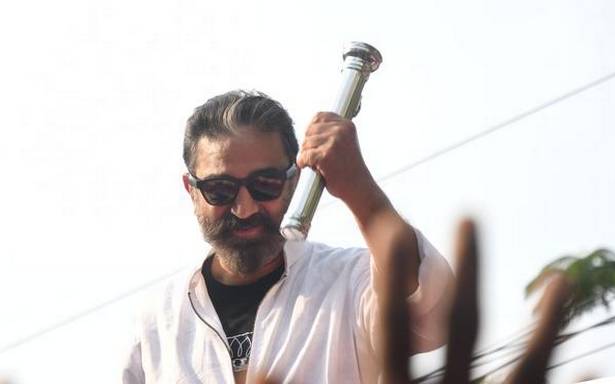 Over half the surveyed voters say they want an alternative to the DMK, AIADMK

Tamil Nadu politics has typically seen a bipolar contest between two major alliances: the DMK-led and AIADMK-led formulations. Since the last Assembly poll in 2016, there has been a silent voice for a third alternative, especially after the passing away of both the political stalwarts of the State, M. Karunanidhi and Jayalalithaa.

During the 2021 Assembly election, the Amma Makkal Munnetra Kazhagam (AMMK), Makkal Needhi Maiam (MNM) and Naam Tamilar Katchi (NTK) headed by T.T.V. Dhinakaran, Kamal Haasan and Seeman, respectively, secured close to 11% of the total votes polled in the State. Over half the surveyed voters (55%) agreed with the idea of a political alternative to the two dominant fronts (23% fully and 32% somewhat).

However, one-third of the voters felt there was no need of a third force. Interestingly, voters who had voted for the NTK overwhelmingly supported the idea of a third alternative(56% fully and 18% somewhat). Six of every 10 of the supporters of AMMK+ and MNM+ also did so. It remains to be seen whether this sentiment is only a general desire for a wider pool of choices or an implicit warning about the firm bipolarity within which the Tamil Nadu politics operates.

The caste calculus in DMK’s win

05/04/2021 India Comments Off on Tamil Nadu Assembly elections | A silent yearning for an alternative force?
India