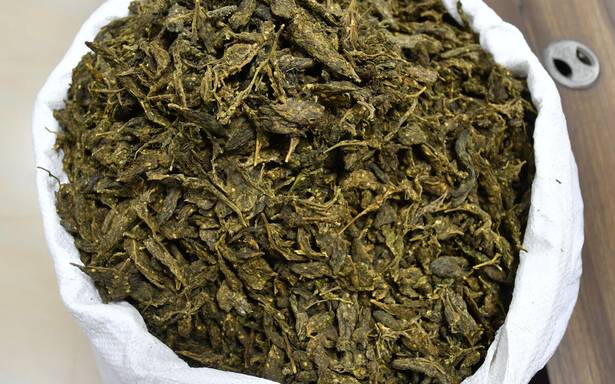 The intensive operation against Narcotic Drugs and Psychotropic Substances was launched on the directions of DGP C. Sylendra Babu on December 6, 2021.

A special team of the Narcotics Intelligence Bureau of the Tamil Nadu police on Wednesday, December 29, 2021, apprehended suspected drug peddlers after keeping close track of them for over 800 kms from Visakhapatnam to Vellore.

The team followed the suspects from Tirupur who took different mode of transport to smuggle 26 kg of ganja into Tamil Nadu from Andhra Pradesh. They first took a train to Tirupati and then boarded a bus to Tirupur via Chittoor.

Additional Director-General of Police, NIB-CID, Mahesh Kumar Aggarwal said the police team was tracking the suspects, Veerannan and others, on the basis of specific intelligence. After following them in train till Vellore, police intercepted Veerannan and his wife Punitha. The later was in possession of 26 kg of ganja.

“The duo was accompanied by their two children. On questioning, the accused Veerannan told that he took the children along to avoid any suspicion,” Mr Aggarwal said.

The team also secured one Kadhir, who was in possession of 8 kg ganja. “The suspects were taking the ganja consignments to Tiruppur for further distribution there,” he said.

The intensive operation against Narcotic Drugs and Psychotropic Substances was launched on the directions of DGP C. Sylendra Babu on December 6, 2021.