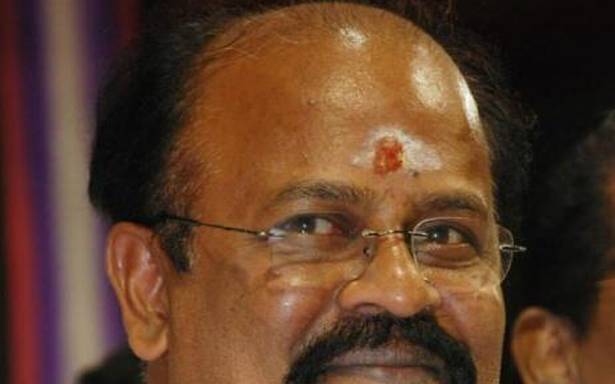 DMK workers had arranged a meeting at Okkilipalayam for the campaigning of its Pollachi constituency candidate K. Varadarajan.

The Vadakkipalayam Police in Coimbatore rural on Monday registered two separate cases against 13 persons including Deputy Speaker Pollachi V. Jayaraman and his son Pravin in connection with a clash that took place between AIADMK and DMK cadres on Sunday evening.

As per the First Information Report registered against Mr. Jayaraman, his son and six others, DMK workers arranged a meeting at Okkilipalayam for the campaigning of its Pollachi constituency candidate K. Varadarajan.

The Vadakkipalayam police said that the second FIR was registered against teacher A. Sabrimala of anti-NEET protest fame, and four DMK workers namely Chinnan, Kumar, Saminathan and Suresh based on a complaint lodged by Ramagiriraj, AIADMK branch secretary at Okkilipalayam. The complainant alleged that Ms. Sabrimala made slanderous remarks about Pollachi sexual assault case and some leaders at the meeting. The AIADMK workers questioned it, Chinnan, Kumar, Saminathan and Suresh assaulted them, alleged the complainant