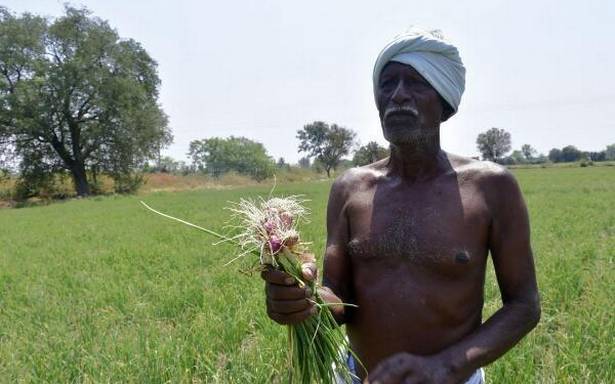 With 44 seats over nine districts at stake, the region has often tipped the scales in deciding who takes Fort St George

In the closely fought, high-stakes battle for the Tamil Nadu Assembly, the State’s central region with 41 Assembly seats spread over nine districts, could prove to be the political barometer.

In recent elections, the party that has won the most number of constituencies here, has eventually formed the government.

Having ceded much ground to its archrival in the region in the past two Assembly elections, the Dravida Munnetra Kazhagam is keen to reassert its supremacy in the agrarian heartland of the State, spread largely over the fertile Cauvery delta.

After the setback in 2011 when it won just seven seats by itself, the DMK substantially improved its performance to bag 16 seats in 2016. The party also recouped well in the 2019 general elections to win all the seven Lok Sabha seats from the region, after the total rout in 2014. And having put up an impressive performance in the 2019 local body polls, where it secured the majority in six district panchayat councils, the DMK is riding high on confidence.

The AIADMK, however, is hoping to reap the benefits of the slew of measures announced just ahead of the elections by Chief Minister Edappadi K. Palaniswami, especially the cooperative crop loan waiver and declaration of the Cauvery delta as a protected agricultural zone. Mr. Palaniswami has also consistently sought to identify himself as a humble farmer, who has risen up the ranks.

Curiously, the Assembly election this time in the delta is seemingly bereft of any major issue. Even the three contentious new farm laws, despite the sporadic protests, do not seem to have become a major influencing factor here as farmers’ organisations are divided on the issue.

“Despite stiff opposition from some of the organisations, the average farmer does not seem to be aware of the implications of the new laws,” concedes V. Jeevakumar of Thanjavur.

Also, issues such as rising cultivation costs, poor returns and the impact of the pandemic on the rural economy have all been drowned in the cacophony of political wrangling. While the push for the intra-State Cauvery-Gundar river link project has gladdened farmers in Pudukottai, those in the core delta districts of Thanjavur, Tiruvarur, Mayiladuthurai and Nagpattinam have reservations over the Mettur-Sarabanga project which seeks to divert “surplus” flows from the Mettur dam to lakes in the Sarabanga basin in the Chief Minister’s native Salem district.

The crisis in agriculture sector apart, the region has lagged behind in industrial growth too. A large number of steel fabrication units, all ancillaries of the public sector power major BHEL in Tiruchi, have turned sick. Simmering discontent over the failure to concede the popular demand for a new district with Kumbakonam as headquarters could singe the AIADMK in the three constituencies of Kumbakonam, Thiruvidaimarudur and Papanasam, locals say.

Yet, the ruling party believes that the pro-farmer measures of the government and the perceived “absence of anti-incumbency” would win the day.

“Farmers are doubly happy and contended over the waiver of the crop loans as well as jewel loans,” says Minister for Handlooms and Textiles O.S. Manian, who is seeking re-election from Vedaranyam, famous for its salt pans.

“Farmers were extended liberal credit and whenever they suffered crops losses, including in cyclone Gaja, they were compensated. The State government has disbursed relief for the crop damages caused by heavy rain last year, including in rainfed areas, without waiting for the Centre to sanction funds. And now the government has waived crop and jewel loans and freed farmers from debts,” Mr. Manian contends.

But the DMK dismisses the claims. “The announcements are all mere political stunts. The loan waiver has benefited only the AIADMK men and not all farmers have got their loans written off,” former Minister and DMK principal secretary K.N. Nehru said.

The DMK has also been pointing to the lingering discontent over sections of farmers on the “inadequacy” of the compensation after cyclone Gaja.

For the DMK, former Ministers Senthil Balaji and S. Reghupathy, and the prodigal son, S.K. Vetharathinam, are among the prominent contenders besides Mr. Nehru.

Though the Congress has been allotted just two seats in the region, it still commands respect across the region. The DMK alliance has been bolstered by the return of the Left parties, which have a presence in the core delta districts, and the Viduthalai Chiruthaigal Katchi.

Smaller parties such as the Indian Union Muslim League and Manitheneya Makkal Katchi (MMK), representing the Muslim community, would help the DMK leverage the support of the minorities. The party has allotted Papanasam and Manapparai to the MMK and the Tiruchi East to the Christuva Nallena Iyakkam (Christian Goodwill Movement), all contesting on the DMK symbol, in the region.

The support bases of the AIADMK’s allies — the BJP, Pattali Makkal Katchi and Tamil Maanila Congress — are restricted to certain pockets in the region. However, with its aggressive campaign, the BJP has been pushing hard in the region with State vice-president and former IPS officer, K. Annamalai, among the prominent contestants.

With the family of former aide to Chief Minister Jayalalithaa, V.K. Sasikala, hailing from Mannargudi in the region, the Amma Makkal Munnetra Kazhagam (AMMK) could eat into the AIADMK vote bank in a few segments in the delta.

But the AMMK leader T.T.V. Dhinakaran may not be able to walk away with the Kallar vote bank without the full backing of his aunt, Ms. Sasikala. His main ally, actor Vijayakanth’s Desiya Murpokku Dravida Kazhagam had secured about 10,000 votes in quite a few constituencies in the region in what seems to be its heydays in the 2006 election.

But other factors could upset the fine calculations of the Dravidian majors. Seeman’s Naam Tamizhar Katchi, which has a sizeable following, has played spoilsport in many seats in the past few elections and Kamal Haasan’s fledgling Makkal Needhi Maiam, in its quest to demonstrate its strength, could also cause a split in votes in urban segments.

The government’s decision to provide 10.5% reservation for Vanniyars within the overall MBC quota of 20% is also expected to adversely impact the ruling party in the region. While Mutharaiyars dominate the Tiruchi-Pudukkottai belt, Kallars-Maravars-Agamudayars have a sway in the core delta region and Kongu Vellala Goundars are a force to reckon with in Karur. Dalits are spread across the districts.