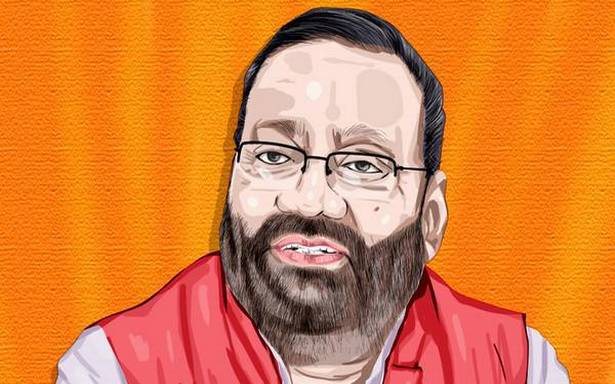 Opportunistic re-alignments, nepotism and defections close to elections are nothing new in politics. But Mr. Maurya’s sudden exit, subsequent rebellion by several other BJP MLAs and Ministers, mostly OBCs, and their quick shift to the SP, the BJP’s main rival in the State, all have provided a psychological boost to Akhilesh Yadav’s party.

The BJP, which successfully pitted the non-Yadav OBC and upper castes against the Yadavs in the last three elections, has been forced to the backfoot, at least for now. Stung by the swift losses, the BJP has tried to reclaim the backward caste space and projected Prime Minister Narendra Modi as the guardian of the backward sections.

A sitting legislator from Padrauna seat on the eastern fringes of the State, Mr. Maurya is a five-time MLA, who joined the BJP in 2016 after rebelling against Mayawati with whom he worked for two decades. He was not only the leader of the opposition in the Assembly but also the undeclared backward caste face of the BSP, the only leader authorised by Ms. Mayawati to address the media.

Born in Pratapgarh, Mr. Maurya studied in the Allahabad University and started his political journey with the Yuva Lok Dal in 1980. He rose to be the State general secretary of the Janata Dal in 1991 before shifting to the BSP in 1996. He was elected an MLA for the first time that year. He went on to hold ministerial positions in governments led by Ms. Mayawati. From State general secretary of the BSP to its national general secretary, by the time he quit, Mr. Maurya was counted among the few backward caste leaders in the State who could sway voters across districts.

Well-versed in Ambedkarite values and Bahujan politics, Mr. Maurya, also a Buddhist, made a big philosophical jump when he joined the BJP, the proponent of Hindu nationalism. However, since the BJP was in the pole-position to take advantage of the anti-incumbency against the SP government, especially among the OBCs, Mr. Maurya’s shift turned out to be mutually beneficial.

He earned a Cabinet berth in U.P., while his daughter, Sanghamitra Maurya, was elected to the Lok Sabha from Budaun in 2019. (She’s still with the BJP). In the 2017 Assembly election that the BJP swept, the BSP was reduced to 19 seats. Mr. Maurya takes credit for the BSP’s downfall and the BJP’s rise to power. Will he deliver the same success for Akhilesh Yadav?

An important OBC leader who commands support among the Maurya-Kushwaha-Sakhya-Saini castes, which are spread across the State, Mr. Maurya’s departure, followed by that of his supporting MLAs, is bound to unsettle the BJP’s backward caste narrative. His entry complements Akhilesh Yadav’s attempts to build a larger social alliance of backward castes and enhance his acceptability among them.

In his introductory speech after joining the SP on Friday, Mr. Maurya challenged the BJP’s “80% vs 20%’ narrative through an aggressive pitch for unity of the Dalits, tribals and backward castes against the upper castes. “Not 80 vs 20, now it is between 15 and 85. All of 85 is ours and even in the remaining 15, we have a share,” he said. His political move had immediate repercussions. Eight years after he delivered a speech in Sultanpur asking the Dalits and the OBCs to not worship some Hindu gods during weddings, terming it a conspiracy by the upper castes-dominated system to mislead them, Mr. Maurya was served an arrest warrant.

The developments over the next few weeks will reveal the exact intensity of Mr. Maurya’s rebellion as well as his real political value and support base. He has promised to destroy the BJP in the Assembly election. “The mongoose-like Swami will not rest till he finishes off the Naag-like RSS and the snake-like BJP in U.P.,” Mr. Maurya said.