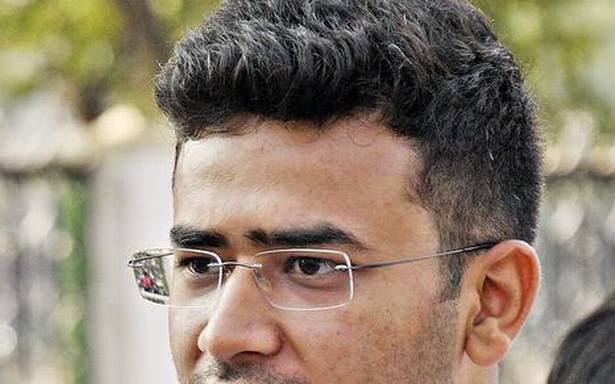 He had said that there should be large-scale reconversion

Mr. Surya, speaking at the valedictory function of Admar Mutt Paryaya “Vishwarpanam” on ‘Hindu Revival in Bharat’, had said stopping conversions from Hinduism won’t solve the problem and that Hinduism needs to adopt something new, not part of its DNA, and go for large-scale reconversions.

“Every temple and mutt must have a target for reconverting people to Hinduism. We should convert even the Muslims of Pakistan back to Hinduism. At a recent event, the sarsanghachalak of RSS also laid stress on ghar wapsi,” he said.

Coming days after the BJP Government passed the Karnataka Protection of Right to Freedom of Religion Bill, 2021, popularly known as the anti-conversion Bill, in the Assembly, the statements had raised eyebrows and were also trolled on social media, probably promoting Mr. Surya to withdraw his statements.

“Certain statements from my speech have regrettably created an avoidable controversy. I therefore unconditionally withdraw the statements,” he tweeted on Monday. However, there is no clarity as to which part of his speech he has withdrawn.

This is not the first time Mr. Surya has embarrassed his party. In May this year, he led a raid on the Bengaluru South Zone control room at the peak of the second wave of the pandemic. He alleged a bed blocking scam, read out the names of 16 Muslim contract employees, and questioned why they were on the rolls. They were fired and did not get their jobs back. The incident drew ire from the Opposition and also on social media.