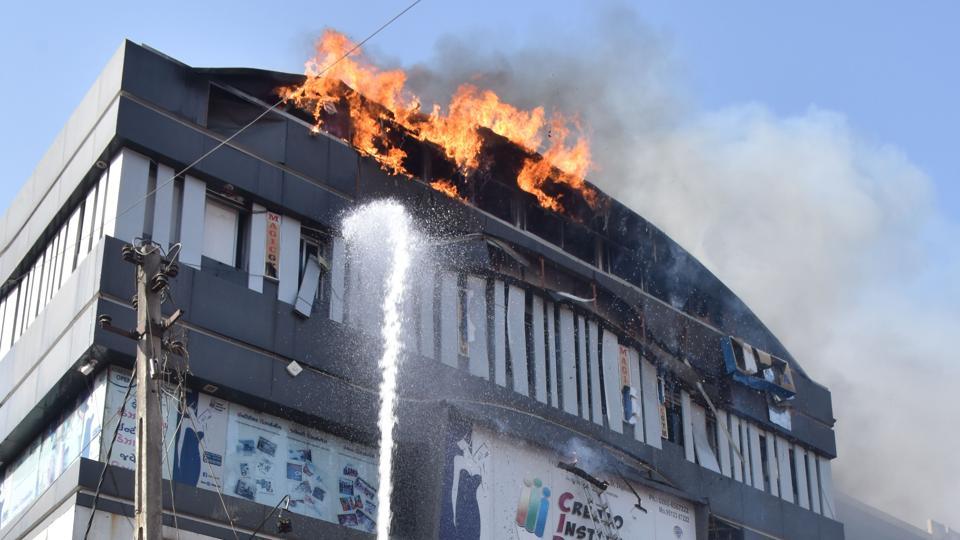 It was an extraordinary decision which Ketan Jorawadia took and save the lives of over ten students who were trapped in Takshashila Arcade’s razing fire here on Friday.

When the commercial complex, where a coaching centre was being run, was in a blaze, many people passed through. Some even stopped to click photos and shoot videos but Jorawadia had something else on his mind.

Without wasting a jiffy, he decided to risk his life and entered the razing building to save the stranded students. As many as 20 students lost their lives in the inferno but Ketan is happy to save over 10 students.

Talking to ANI, Ketan said: “There was smoke. I could not figure out what to do. Meanwhile, a girl fell to the ground while trying to escape the blaze.”

That was the triggering point for Ketan.

“I felt pained when I saw a 13-year-old falling on the ground. I was able to see the accident.”

“I took the ladder. First helped the children get out of the place, managed to save 8-10 students from the back side of the building. Later I managed to rescue two more students. I rescued as many students as I could have,” he further told ANI.

Jorawadia is now a local hero and winning hearts online for his brave act.

The social media hero expressed regret over not able to save many others who lost their lives in the unfortunate incident.

Expressing dismay over the nonchalant attitude of the local administration, Jorawadia said: “Fire brigade reached around 40-45 minutes after the fire took place. They took some time in parking fire tenders.”

“Fire brigade people did not have sufficient equipment. If they were having something like a net, some students could have saved their lives by jumping on it,” he said.

According to a local, “Ketan is a hero for those who were rescued. For the families whose members cannot be saved, he is a symbol of assurance.”

A blaze ripped through the coaching centre located in Takshashila Arcade in the city’s Sarthana area, killing as many as 20 people and injuring many others.

Several students were seen jumping off the building to escape the inferno. Some people were unable to escape and died on the spot.

As the rescue operations were carried out, charred bodies were found. The fire was reportedly triggered by a short circuit.

The police have arrested the coaching centre’s operator Bhargav Bhutani, the main accused in the inferno after registering an FIR against him and the owners of the building — Harshal Vekaria and Jignesh Padgal.

Efforts are on to nab the two other accused, who are still absconding, police said Saturday.