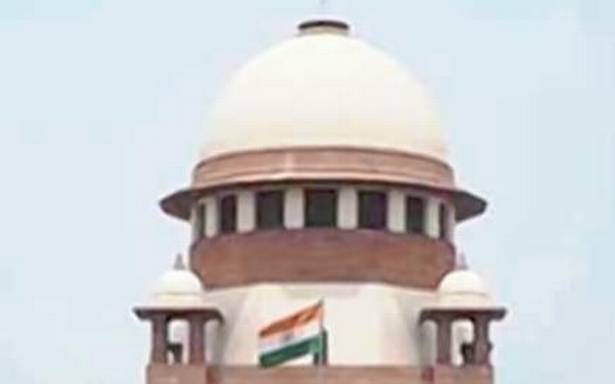 CJI asks, ‘What is the control of the government on how the money is put to use?’

The Supreme Court on Wednesday flagged its concern that political parties could misuse crores of rupees received as donations through electoral bonds to bankroll violent protests or even terror.

The court asked the government whether there is any “control” over how these donations were used by political parties.

“Suppose there is a political party which wants to buy electoral bonds and finance a protest. What is the control of the government on how the money is put to use? A party receives electoral bonds worth ₹100 crore — what is the guarantee that they will use the entire funds for political purpose alone and not for terrorism or other activities? Funds can be misused… We would like you, as the government, to look into that aspect. They [political parties] can use the funds for activities outside their political agenda… along with election expenditure, you [a political party] can also start a violent protest,” Chief Justice of India Sharad A. Bobde, heading a three-judge Bench, addressed Attorney General K.K. Venugopal.

Mr. Venugopal, appearing for the government, said only parties registered under the Representation of the People Act could receive donations through electoral bonds, and that they should not have secured less than 1% of the votes polled in the previous elections.

The court said it did not want to “get into politics” nor were its comments aimed at any particular party.

The exchange came during a virtual court hearing of an application filed by the Association for Democratic Reforms, represented by advocate Prashant Bhushan, to stay the sale of electoral bonds scheduled between April 1 and April 10, prior to the crucial Assembly elections in five States, including West Bengal and Tamil Nadu.

“Electoral bonds scheme introduces anonymity in political donations at many levels. The sale of bonds in April should be stopped,” Mr. Bhushan urged.

Mr. Venugopal said the sale was announced after getting permission from the Election Commission of India.

“When a businessman goes and buys bonds, does he have to disclose whether he purchases them with white or black money? Does he have to pay tax?” the Chief Justice asked Mr. Venugopal.

“Buyers have to use white money. The purchase is through bank drafts, cheques or electronic transfer,” Mr. Venugopal replied.

But Mr. Bhushan intervened to submit that though the original purchase of bonds could be done using white money, somebody could anonymously re-purchase the bonds from the original buyer and drop it at a political party office with anyone none the wiser.

“Nobody will know who purchased the bonds from the original buyer. The scheme facilitates kickbacks,” Mr. Bhushan argued.

At this point, the CJI questioned whether Mr. Bhushan’s arguments were based on “political morality”.

“It is not just a question of political morality, but a question of democracy. The electorate needs to know the source of funds and antecedents of candidates. Transparency goes to the very heart of democracy,” Mr. Bhushan replied.

“Most people are conscious of the role of money in elections,” the CJI acknowledged.

Initially, during the hearing, the CJI said the electoral bonds scheme was not limited to the ruling party, others could also receive donations.

“It is bribe for a favour, the ruling party runs the government,” Mr. Bhushan explained.

“We understand, but bonds can be given to other parties, like a party who may come to power or States where there are other parties in power,” Chief Justice Bobde persisted.

“But the government would know if money is given to other parties,” Mr. Bhushan said.

The CJI asked whether Mr. Bhushan was arguing for “complete anonymity”.

“No, no, I want complete transparency, which is absolutely necessary in a democracy. The electoral bonds scheme opens the way for direct bribery and anonymous donations. It is quid pro quo for favours done or to be done. Amendments were made through the Finance Bill because the government did not have the majority in the Rajya Sabha,” Mr. Bhushan responded.

The CJI turned to Mr. Venugopal and asked him about this “selective anonymity”.

“We do not have the names of the donors on its face. The then Finance Minister Arun Jaitley introduced the scheme to rid politics and elections of the influence of black money. There was huge expenditure for elections,” Mr. Venugopal said.

He said now “every penny is accounted for”.

The court reserved the plea for orders.