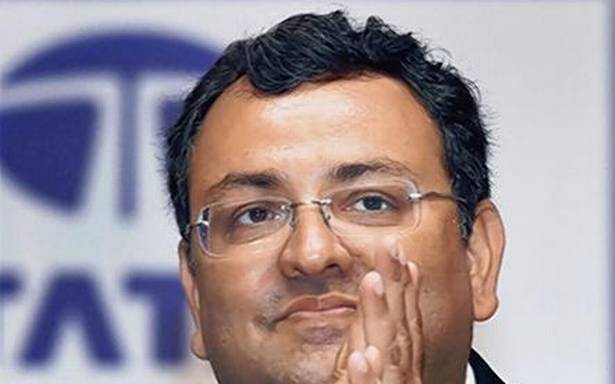 The court rejected arguments that the ouster of Mr. Mistry as chairman by the Tata Sons Board was “oppressive”.

Mr. Mistry was initially only removed from the post of Executive Chairman of Tata Sons. However, his subsequent actions, including the leaking of a confidential mail to the media to create a “sensation” and passing on information to the Income Tax authorities while claiming to be a “law abiding citizen”, was an open declaration of “all-out war” against the Tatas. These led to his removal as a Director, the court said.

“Cyrus Pallonji Mistry himself invited trouble,” a three-judge Bench led by Chief Justice of India Sharad A. Bobde declared in a 282-page judgment.

Chief Justice Bobde said the ouster of Mr. Mistry not only as Executive Chairman but also Director was justified.

“A person who tries to set his own house on fire for not getting what he perceives as legitimately due to him, does not deserve to continue as part of any decision-making body,” Chief Justice Bobde, who authored the verdict, observed.

The court dismissed allegations by Mr. Mistry’s side of oppression of minority shareholders like Shapoorji Pallonji (SP) group by the Tatas, who hold the majority stake. SP group holds 18.37% shares.

“It is an irony that the very same person who represents shareholders owning just 18.37% of the total paid-up share capital and yet identified as the successor to the empire, has chosen to accuse the very same Board, of conduct, oppressive and unfairly prejudicial to the interests of the minorities,” the apex court snubbed Mr. Mistry’s side.

The court trashed contentions by Mr. Mistry’s contention that the “oppressive” regime of Mr. Ratan Tata had led to bad business decisions for almost a decade.

“It is interesting to note that at the time of his appointment in December 2012, what Mistry saw and acknowledged, was a ‘great learning experience he had under the direct guidance of Ratan N. Tata’, but at the time of departure in October 2016, what he saw was only a conduct for over 10 years, that was oppressive and prejudicial to the interests of the company and of the minority…” Chief Justice Bobde noted.

The apex court dismissed the NCLAT’s observations that affairs inside Tata Sons were so “prejudicial and oppressive” that the company deserved to be wound up.

“Tata Sons is a principal investment holding company, of which the majority shareholding is with philanthropic Trusts… NCLAT should have raised the most fundamental question whether it would be equitable to wind up the company and thereby starve to death those charitable Trusts, especially on the basis of uncharitable allegations of oppressive and prejudicial conduct,” Chief Justice Bobde lashed out.

The court also upheld the votive rights of the nominee Directors on the Board. It said these same nominees, now accused of prejudice by Mr. Mistry, had named him Mr. Tata’s successor.

But the court said the NCLAT certainly went overboard to re-instate Mr. Mistry as chairman.

“NCLAT appears to have granted the relief of reinstatement gratis without any foundation in pleadings, without any prayer and without any basis in law,” Chief Justice Bobde stated.

The court said the NCLAT was acting well outside its jurisdiction to “mute” TATA Sons’ power under Article 75 of the Articles of Association to purchase the shares of any shareholder at a fair market price.

“The order of NCLAT tinkering with the power available under Article 75 is wholly unsustainable… Article 75 was not an invention of the recent origin in Tata Sons. It has been there for nearly a century in one form or the other,” Chief Justice Bobde said.

However, the court said the SP Group, after criticising Article 75, now depends on the same provision for an “exit option” from the Tatas. The court said the valuation of shares of SP group depends on the value of the stakes of Tata Sons. The court left it to Tatas and SP group to reach a fair compensation on the latter’s shares either by taking the Article 75 route or by any other legal means.

The court said nothing prevents Tata Sons from re-converting itself from a public company into private company. “In simple terms, a copany which becomes a deemed public company by operation of law, cannot be taken to have undergone a process of fermentation or coagulation like milk to become curd or yoghurt”.