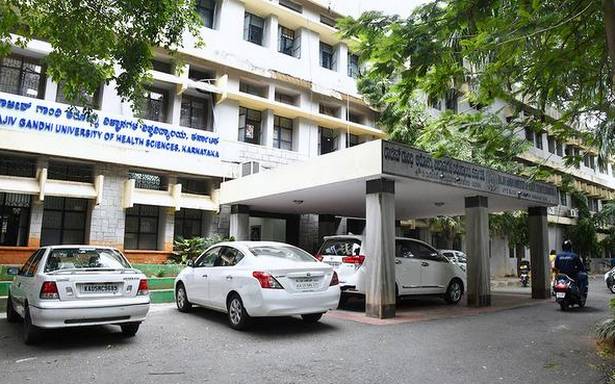 Minister prefers someone from government background

A day after Health and Family Welfare and Medical Education Minister K. Sudhakar said that the in-charge Vice Chancellor of Rajiv Gandhi University of Health Sciences (RGUHS) was ‘unfit to hold the post’, the academician Jayakara S.M. received support from different quarters.

K.S. Ravindranath, former Vice Chancellor of RGUHS and eminent cardiologist, said that as per the rules, the State government had no role in appointment of an in-charge VC and the Governor alone could decide this.

Another former Vice Chancellor of RGUHS quoted the Act and said that the Governor had acted as per the rules, and there was no need for a controversy on this issue.

Dr. Jayakara was the principal of AECS College of Dental Sciences prior to being appointed as in-charge Vice-Chancellor of RGUHS.

Dr Sudhakar wants someone from government medical colleges or from the Medical Education Department to head the university.